It is a cliched test that all serious promotion contenders must pass at some point: can they do it on a cold Tuesday night in Stoke?

League leaders Norwich survived a late scare and left the Potteries having passed that test, as a Teemu Pukki double added to Emi Buendia’s opener to help Daniel Farke’s men to a 3-2 win.

Cold night in Stoke it most definitely was. And that might explain why the Potters defence was frozen on their heels to deal with early Norwich attacks. 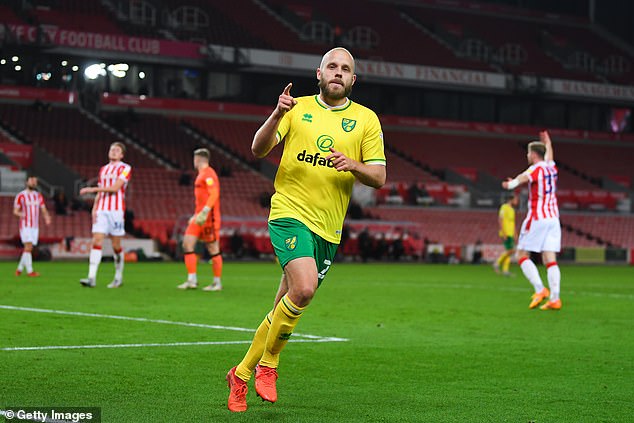 Farke’s team exploited spaces behind Stoke’s defence and, after Pukki and Josh Martin went close, the Canaries were deservedly in the lead on 18 minutes. Norwich worked it wonderfully to find Buendia free, racing through on goal. His shot was scuffed but it was enough to beat Joe Bursik.

Minutes later, Buendia turned provider as he fed Pukki with a majestic through ball over the top. With the ball still bouncing, the Finnish forward struck it home on the half-volley with his weaker foot.

To add to a fluid attack and solid defence in the first half, Norwich fans could also salivate at the sight of 19-year-old academy graduate Martin, who excelled on his first start for the club. On 57 minutes, the winger slotted in Pukki, who rounded Bursik, got a lucky bobble and passed into an empty net for the third. 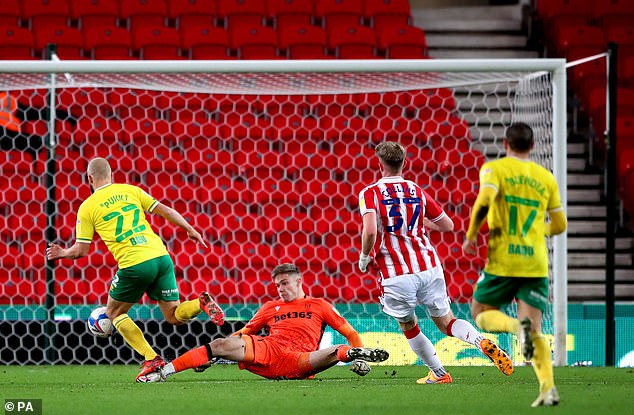 An easy stroll to three points from there, one may imagine. Not quite. Buendia was shown two yellow cards in five minutes and both were for silly, reckless challenges. Not a minute after the red, Stoke pulled one back via a Tyrese Campbell header, his sixth of the season.

And then on 79 minutes, Nathan Collins got another for Stoke with a glancing header from a corner, his first goal in senior football.

Stoke kept probing and were denied only by a string of fine saves by Michael McGovern, the Northern Irishman who replaced injured Tim Krul in the first half. It’s bad when, even in the second tier, you can replace the Dutchman with international-level quality.

That depth of quality might be what sees through Farke’s men in the promotion race. They have now won three on the bounce and have dropped just two points in the last five matches. It wasn’t quite full marks but Norwich passed the test of a cold Tuesday in Stoke. 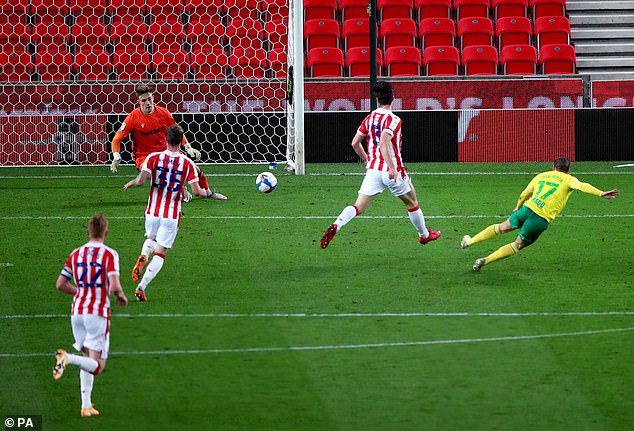