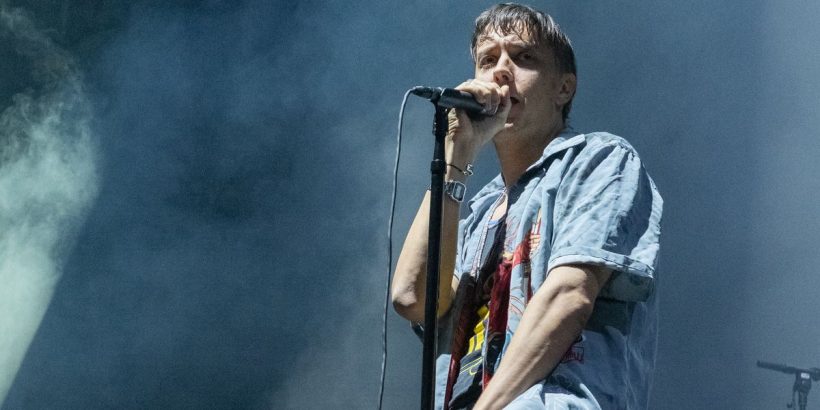 American musician, and The Strokes frontman, Julian Casablancas has taken to Instagram to launch a bizarre rant about football and, in particular, Raheem Sterling's penalty incident.

Raheem Sterling went down under the challenge of Denmark's wing-back Joakim Maehle- during their Euro 2020 semi-final clash at Wembley – to win England a penalty in the first half of extra-time.

Three Lions captain Harry Kane converted the rebound – after Kasper Schmeichel stopped the initial attempt – and sent England to their first final since the 1966 World Cup.

And the incident has captured the attention of Casablancas, and his bizarre rant.

"Wow. Soccer is such b******, lol," he began after posting a video of the incident on his Instagram page.

"I don't even care about [the] outcome – [the] best team won, I'm an Argentina/USA fan, but soccer is a disgrace. It's an ACTING CONTEST. Whoever dives in the box best wins.

"What's the point of [a] review if they spend 7 seconds? I was rooting for France in [the] World Cup and [Antoine] Griezmann was [my] fave player UNTIL he dove in the final to give them [the] go-ahead goal.

"Sterling WAS my favourite player in this game, but man….(his left foot is the interesting part of the acting job fall- left leg stops to make [the] body fall believably). Soccer needs repair."

Do you think Raheem Sterling deserved to win a penalty? Let us know in the comments section

Casablancas then continued into a second Instagram post, and after referencing he was an Argentinian fan, the Strokes frontman called upon the Argentine side to start Sergio Aguero.

Argentina will face Brazil in the Copa America final, a couple of hours after Sterling's Three Lions face Italy on Sunday.