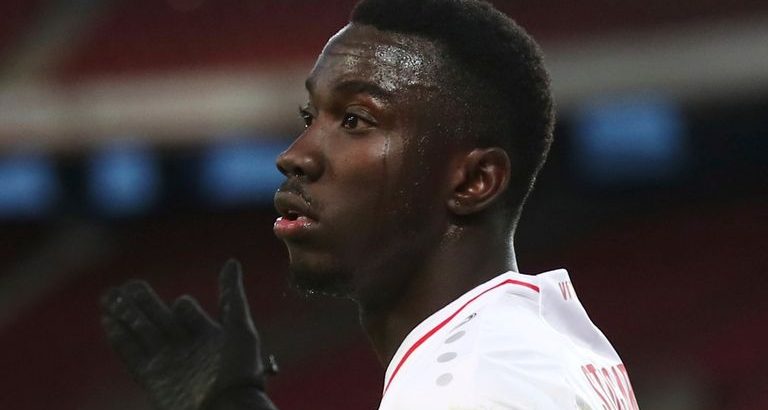 Stuttgart do not expect any sanctions against one of their star players after it emerged he had been playing under the wrong name and a false age.

Silas Wamangituka, who was believed to be 21, was recently crowned Bundesliga Rookie of the Season in a vote which also included Borussia Dortmund and England’s Jude Bellingham.

But it was confirmed on Tuesday by the Bundesliga club that Wamangituka’s real identity is Silas Katompa Mvumpa and he is actually 22.

A club statement on Tuesday claims the player was provided with false papers by an agent in Belgium who had put pressure on the Congo-born striker ahead of a trial with Anderlecht when he was 18.

The Belgian club wanted to sign Katompa Mvumpa shortly before his visa expired but he is alleged to have been warned by his agent that he would not be allowed to return to Europe if he went home to secure valid new papers.

The club said it was maintaining contact with Germany’s football authorities and the Bundesliga and stood firmly with Katompa Mvumpa, who now has a valid Congolese passport with corrected personal details.

They are also retaining the right to take legal action against the agent.

The player told Stuttgart’s website: “I have lived in constant fear in recent years and was worried about my family in the Congo. It was a very difficult step for me to reveal my story.

“I only dared to do this with the support of my new consultants. I realised I should no longer have to be afraid and that we could put everything out on the table.

“I wouldn’t have dared do this if VfB Stuttgart hadn’t become a second home for me where I feel safe.”