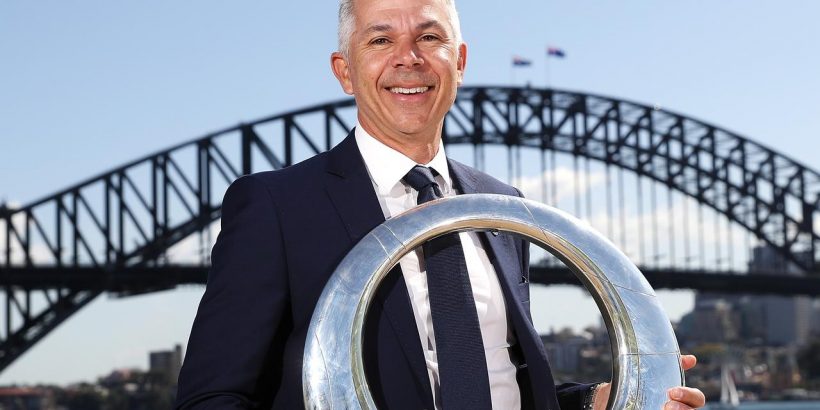 Steve Corica wants his coaching ability judged on the amount of trophies won by Sydney FC rather than individual honours that continue to elude him.

Corica will on Sunday attempt to become the first coach to win three successive A-League championships when the Sky Blues meet Melbourne City in the grand final at AAMI Park.

That’s not bad for someone only in his third year as a head coach.

Yet despite the impressive record, which includes last season’s premiership-championship double, the 48-year-old Queenslander doesn’t seem to get the recognition he deserves.

Maybe it’s because he’s charge of the A-League’s most successful club, the glamorous Sky Blues who have been a target of the haters since the competition’s inception because of their high profile and star-studded line-ups.

Regardless, Corica has done a fine job since stepping up from his assistant coaching role to take over from the previously successful Graham Arnold, who left the Sydney post in 2018 to coach the Socceroos.

Arnold was crowned A-League coach of the year in his final two seasons in charge of Sydney, but it’s an award that Corica is yet to receive despite his outstanding record since taking charge.

“I’m not too bothered about it,” Corica said.

“What am I concerned about is winning trophies. That’s my job here, to win trophies at Sydney, and that’s always been the way since I’ve taken over.

“I only get judged by what I do at the club, and I think I’ve done a very good job at the moment.”

However, Corica did admit he was a “little bit surprised” at being overlooked for the award – voted on by other coaches – when he won the double last season.

“My motivation is I just want do my best for the club and win trophies. Whatever happens after that, that’s out of my control. That gets voted by the other coaches,” he said.

“They might think the Sydney job’s an easy job because we might have the best players but I think the bigger the club the harder it is.

“When I took over (from Arnold) I did it my way. My own personality is totally different to what Graham’s was, and obviously the boys respond to that.

“I have good communication with the players and good man management which helps as well. These boys just keep turning up each year and produce very consistent football.”

Corica has been with Sydney either as a player or in a coaching role since the start of the A-League in 2005.

And having another year to run on his current deal, he’s in no hurry to leave.

However, that’s not to stay the former Socceroos attacker doesn’t want to coach overseas.

“Long-term I want to test myself as well, whether it’s in Asia or in Europe, but I’m very happy at the moment at Sydney,” he said.

“Even though we’ve won quite a few trophies since I’ve taken over, I still want to keep winning and win as many trophies as possible for the club.

“It’s not as if I’m getting bored at the club. I still have the motivation to stay here longer.”