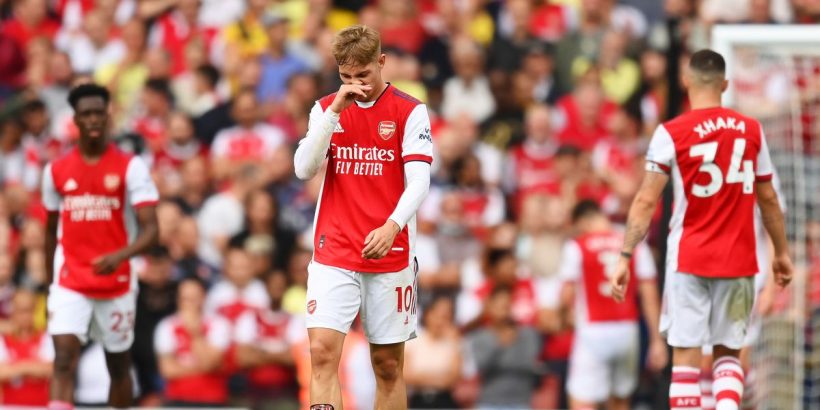 Arsenal are set for their worst Premier League finish this century according toBonusCodeBets’ supercomputer with Manchester City posed to retain their title.

The Gunners are expected to end the campaign in ninth, declining further after back-to-back eighth-placed finishes.

Mikel Arteta has endured a dreadful start to the season with Arsenal losing their opening three league fixtures; his side currently lie bottom of the table after defeats to newly-promoted Brentford, London rivals Chelsea and champions Man City.

The Gunners are also without European football for the first time since 1996 but are set to avoid their worst ever Premier League finish, which came in 1995 under manager Stewart Houston.

Elsewhere, Pep Guardiola is predicted to guide the Citizens to a fourth Premier League title in five seasons despite an increase in pressure from Chelsea and neighbours Manchester United.

Despite an impressive summer for the Red Devils, including the return of five-time ballon d'Or winner Cristiano Ronaldo, the most successful side in Premier League history are set for another year of waiting.

Do you agree with the supercomputer's predictions? Let us know in the comments section.

Tottenham and Leciester are predicted to just miss out on a place in Europe's top competition but will cement a place in the Europa League with West Ham entering the newly-formed Coneference League.

At the opposite end of the table, Norwich and Watford are set for an immediate return to the Championship with Burnley the final team unable to beat the drop.

The final Premier League table according to BonusCodeBets' supercomputer: