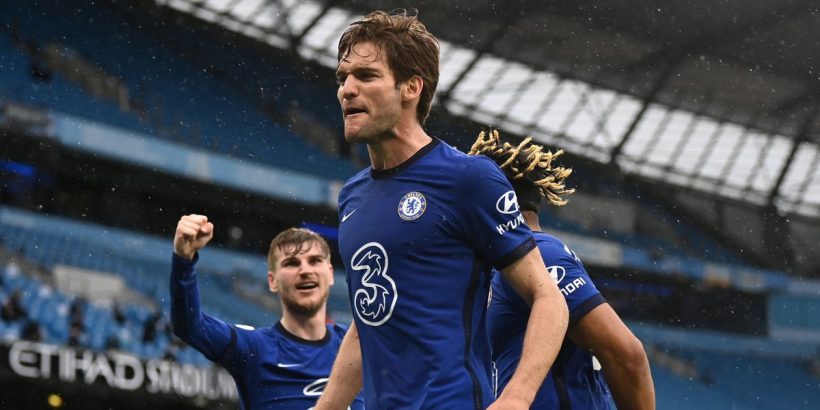 Chelsea, Leicester, Liverpool and West Ham will end the campaign separated by just three points in the race for the top-four according to a supercomputer’s predictions.

The quartet are all chasing Champions League football next season, although it’s Chelsea and Leicester who hold the advantage as it stands.

Thomas Tuchel’s men are third on 64 points, with Leicester one point behind in fourth on 63.

West Ham, who lost 1-0 to Everton at the weekend, are in fifth on 58 points, while Liverpool are sixth on 57 points but do have the added luxury of a game in hand.

Victory for the Reds against Manchester United on Thursday would propel them above the Hammers into fifth and put them just three points behind Leicester.

Unfortunately for Liverpool fans, however, the supercomputer doesn’t believe Jurgen Klopp’s men will have what it takes to gatecrash the Champions League spots.

The supercomputer predicts Chelsea will cling onto third with Brendan Rodgers’ Foxes joining them at Europe’s top table, albeit with a point fewer.

Agonisingly for Liverpool fans, the Reds look set to miss out on the top-four by a single point.

Klopp recently acknowledged his side will have to win all of their remaining matches to have any chance of qualifying for the Champions League next season.

He said: "I am not sure if keeping our fingers crossed helps, but look, we have to win football games and I think if we win all four it could be enough.

"But that is just because Leicester plays against Tottenham and each other [with Chelsea], so I didn't really think it through.

"But winning four games is pretty much the only chance we have but that is what we should try. It will be difficult but it is what we must try."

West Ham, meanwhile, look set to make a good fist of it to finish three points adrift of fourth and claim a Europa League spot in sixth.

Further down the table, Tottenham are expected to cling on to seventh and claim a Conference League place, while Arsenal fans can look forward to a top-half finish.