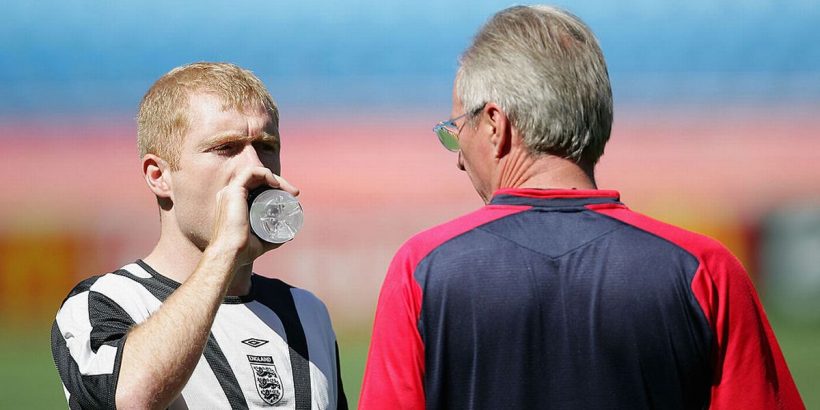 Former England boss Sven Goran Eriksson has admitted Paul Scholes was the most talented player he worked with during his time at England – but he still couldn't get the Manchester United icon not to retire.

Eriksson led England to three quarter-finals during his time in charge of the Three Lions, having the 'Golden Generation' at his mercy.

Though with Steven Gerrard and Frank Lampard in the centre of midfield, Scholes was often forced out wide for his country.

It led many to think that was why Scholes retired from England duty in 2004, despite playing on for the Red Devils until 2013.

And Eriksson has revealed he thinks Scholes was the best of the lot during his time with England.

Eriksson, speaking exclusively to Ladbrokes at the launch of their European Championships 5-a-side Bet, said: "I had a lot of good football players over the years with England.

"The discussion in the media was always whether Frank Lampard and Steven Gerrard could play together, and of course they could.

"They had to play together. I would have liked to have seen the press if I would have put one of them on the bench; they would have killed me!

"But overall, the most talented player I worked with during my time at England was Paul Scholes. It was a pity that he retired after 2004.

Should Paul Scholes have played more for England? Let us know your thoughts in the comments section

"As a footballer, he had everything. OK, he wasn't the best in the world at heading the ball, but he could do everything else.

"He could defend, he was a playmaker, he scored goals. He understood everything in football."

Opening up on Scholes' decision to retire from England duty, Eriksson added: "The morning after we lost to Portugal in Euro 2004, Paul Scholes came to my office before we left the hotel.

"He knocked on my door and told me he was sorry, but that this was to be his last tournament. He wanted to retire.

"I told him he couldn't. Of course he couldn't. I asked him after much discussion to reconsider. I told him I'd come to him when the season started and sit down with him to talk about it.

"He said 'Sven, you're always welcome. I'm happy to sit with you, but my decision will not change'.

"One of the reasons he gave was that he didn't want to stay in the camp for such long periods of time. He hated it.

"Paul is and was always a family man, which, of course, I respect. He felt as though he suffered in warmer climates as he was 30-years-old. He couldn't give his all for the team, so maybe it was a combination of things.

"As far as talented footballers go, it's very difficult to find one better than Paul Scholes."