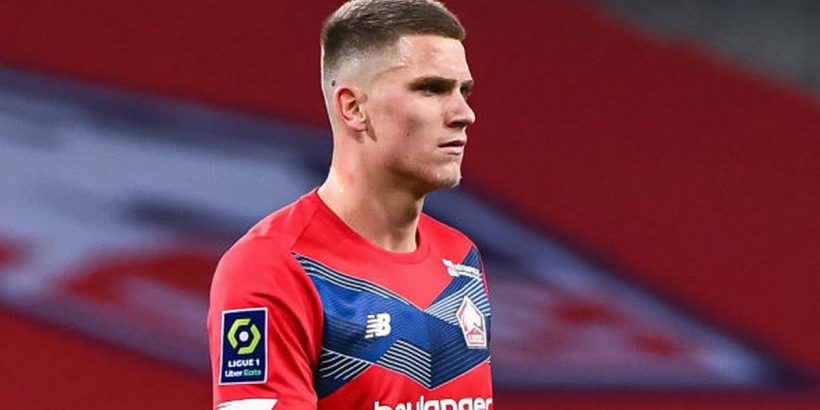 Lille star Sven Botman has admitted he is flattered by reports linking him a move to Liverpool.

Botman, 21 has made a superb impact since joining from Eredivisie champions Ajax last July and his form has piqued interest from a number of European clubs.

The Dutch youth international has been instrumental in helping Lille topple French giants Paris Saint-Germain in Ligue 1 this season.

He has starred in central defence for Christophe Galtier's side, who will be crowned French champions with a win and a draw from their final two league games.

Liverpool will be a much stronger proposition after welcoming back Joe Gomez and Virgil Van Dijk next season.

But Botman could further bolster their defensive options as they look to mount a serious Premier League title charge.

And the young defender has put the Anfield club on alert by admitting he is interested in a move to the Premier League.

“It is a good compliment when you hear these clubs are interested,” Botman told The Athletic, when asked about the Liverpool rumours.

"I’m lying if I say it’s not interesting me — it’s the first time such big clubs are linked to me — but it was early days because in January I was only at Lille for half a season.

"It was nice to hear but I was focusing on Lille and I’m still doing this.

"After the season I will enjoy a vacation and see what happens next. If I’m honest, the Premier League is one of the leagues I dreamed about… but also Serie A, La Liga, the Bundesliga.

"The Premier League is something special. It’s the football I really like and that fits me. The style of play, the emotion; I really like to see the fans with such big emotions in the stands.

"It is a beautiful competition I really like to watch and did for pretty much all my life."

Botman could end a stunning first season in Lille with a domestic triumph if his side amass four points from final league games against Saint Etienne and Angers.

The youngster could then be in line for a call-up to the Netherlands national squad for the European Championships, which will only intensify speculation over his future.