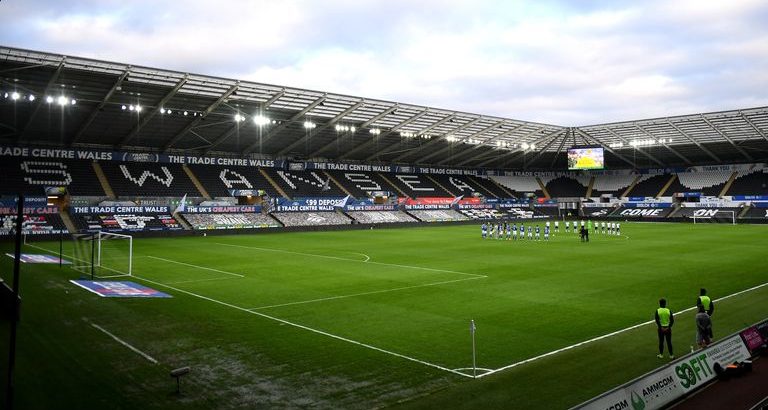 Swansea City and Newport County’s home English Football League (EFL) play-off ties will be played in front of a limited number of fans, the Welsh Government has confirmed.

Newport host Forest Green Rovers at Rodney Parade in the first leg of their League Two play-off semi-final on May 18, while Swansea face Barnsley in the second leg of their Championship play-off tie on May 22 at the Liberty Stadium.

The fixtures are among a number of sporting and cultural events that form part of a pilot scheme for the return of spectators in Wales.

Wales’ friendly international against Albania will be played in front of 4,000 fans at Cardiff City Stadium on June 5.

Glamorgan’s four-day match with Lancashire from June 3 at Sophia Gardens will see between 750 to 1,000 fans attend.

Sporting venues across England will be able to welcome back spectators from next Monday, Prime Minister Boris Johnson confirmed on Monday.

The Premier League pushed its penultimate round of matches back to May 18 and 19 so that every club would be able to play one game in front of supporters, limited solely to home fans, before the end of the season on May 23.

Clubs in Wales, unlike their English counterparts in the EFL, have been unable to welcome fans back to their stadiums during the 2020/21 season.

The Welsh Government did not allow fans to return in December, when supporters were permitted to attend games in limited numbers in England.