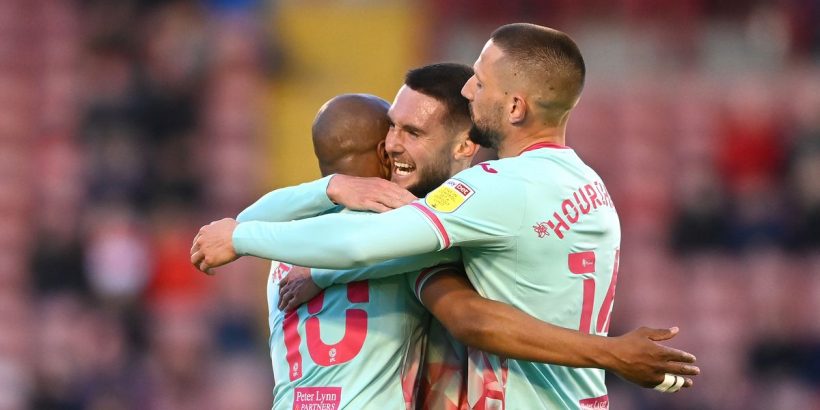 In front of a raucous crowd of 4,500 Barnsley fans, the hosts were buoyed on in the early stages but couldn't get a foothold in the game.

In truth, the first half wasn't much of an event – aside from the fine atmosphere – and chances were at a premium with neither home stopper Brad Collins nor his opposite number Freddie Woodman called into anything too troubling.

That was until Ayew produced a moment of magic.

He latched onto the ball on the right-hand side of the area, cut inside and unleashed a curling effort that flew beyond a helpless Collins.

Barnsley came out roaring after the break and Carlton Morris, introduced as a half-time sub, saw a shot palmed away by Woodman into the path of Callum Brittain.

Brittain looked destined to score but some dogged Swansea defending saw the ball turned behind for a corner.

The rest of the encounter was scrappy, with neither side able to fashion anything anywhere near the quality of Ayew's strike.

There was plenty of home pressure late on, with Barnsley hitting the bar in stoppage time – but the Swans held on ahead of Saturday's second leg at the Liberty Stadium.

The winners will face either Brentford or Bournemouth in the Wembley final, with the Cherries holding a slender 1-0 advantage after their win earlier in the night.