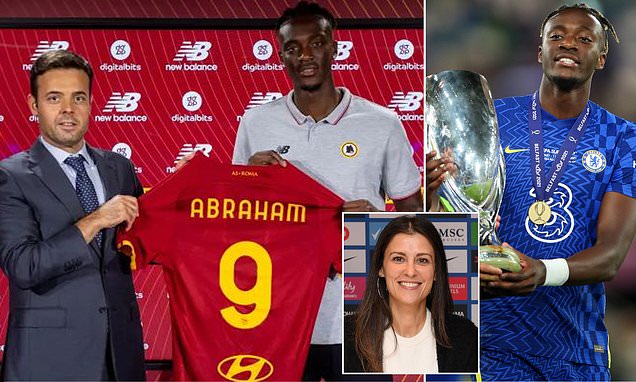 ‘He can come back as one of our own’: Chelsea sell Tammy Abraham to Roma for £34m… but transfer chief Marina Granovskaia IMMEDIATELY opens the door for a return after securing £68m buy-back clause

Tammy Abraham has completed his £34million move to Roma after putting pen to paper on a five-year contract with the Italian club and taking their No 9 shirt.

Abraham arrived in the Italian capital on Sunday to complete his medical, where he will now play under former Chelsea boss Jose Mourinho.

Abraham’s departure comes days after Romelu Lukaku sealed a sensational return to Chelsea in a £98million club transfer fee record, which pushed the England  forward down the pecking order at Stamford Bridge. 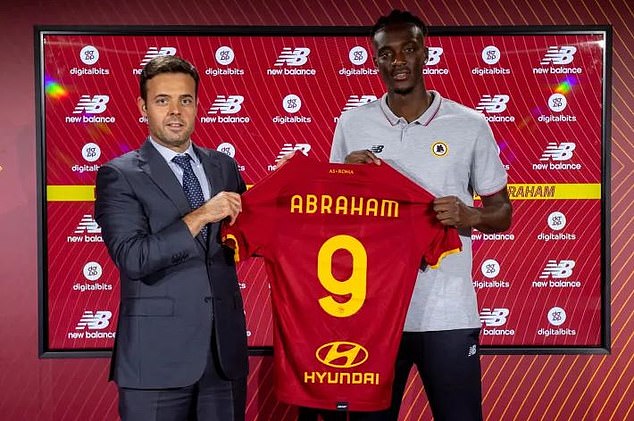 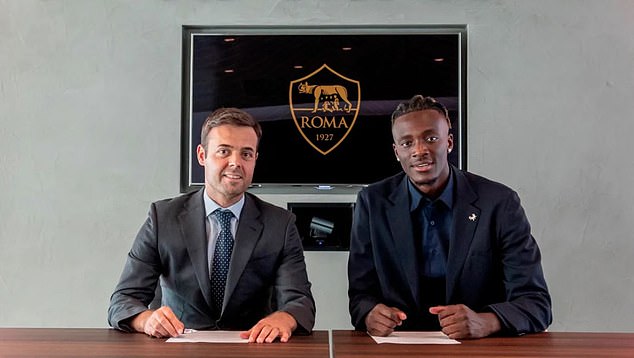 Abraham had been waiting for Chelsea’s Premier League rivals Arsenal to firm up interest but was eventually convinced by Mourinho’s vision for him in Italy.

‘You can sense when a club really wants you – and Roma made their interest clear immediately,’ said Abraham.

‘Roma is a club that deserves to be fighting for titles and trophies. I’ve had the experience of winning major trophies and I want to be in those competitions again – so I want to help this team to achieve that and get to the level where Roma should be.

‘It’s a massive honour to be the No. 9 at this club and I just can’t wait to get started and to help the team.’

Abraham was on the bench on Saturday for Chelsea and waved his goodbyes to Blues supporters following the club’s 3-0 win against Crystal Palace as he left the stadium with a suitcase in tow.

The deal with Roma is understood to include a buy back clause of around £68m and Chelsea director Marina Granovskaia said that Abraham will always be a welcome presence at the club.

‘Tammy will always be welcomed back at Stamford Bridge as one of our own,’ she said. ‘We have all enjoyed watching his progress through our academy and into the first-team squad, and are grateful for his contribution to our successes at senior and youth level.

‘His many goals in a Chelsea shirt and, of course, his part in our Champions League triumph last season will never be forgotten. I’m sure all Chelsea supporters will join me in wishing Tammy a long and successful career.’ 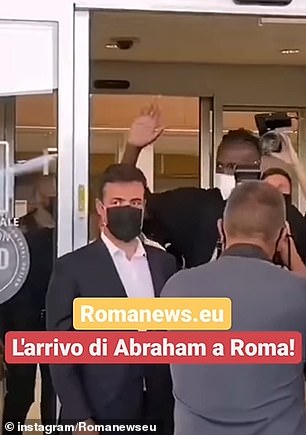 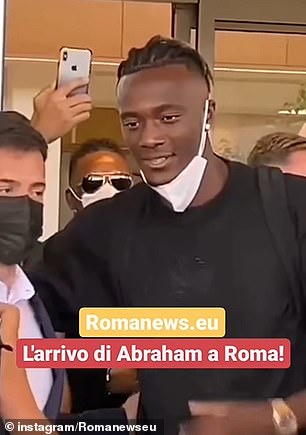 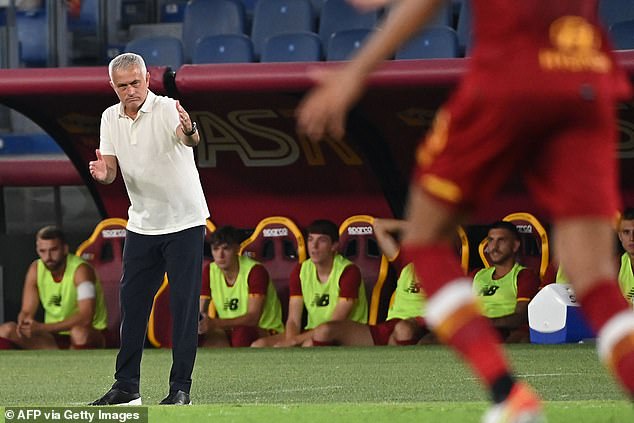 Mourinho is expected to deploy Abraham as his main striker for the coming season, having allowed Edin Dzeko leave to join Inter Milan last week.

Abraham was in Chelsea’s youth academy during Mourinho’s second stint at Stamford Bridge in 2015, but didn’t feature for the Special One.

Last season Abraham found his game-time limited under Thomas Tuchel at Chelsea, with the German later admitting that he had not placed enough trust in the England man, which contributed to his struggles.

Under former boss Frank Lampard, Abraham was promoted to the first team, during a spell when Chelsea found themselves unable to add to the squad due to an overhanging transfer ban.

During the 2019-20 season under Lampard, Abraham made 47 appearances in all competitions and found the back of the net on 18 occasions. 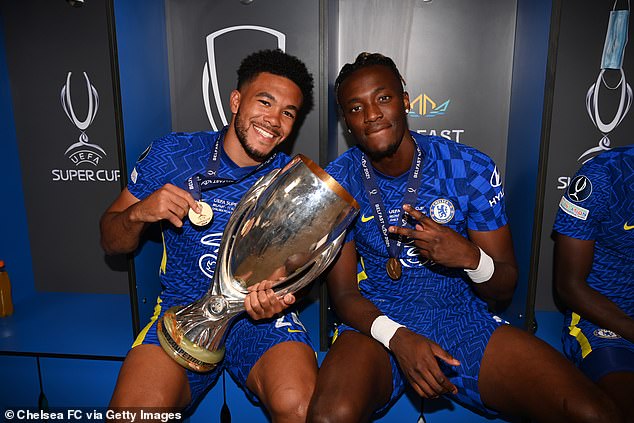