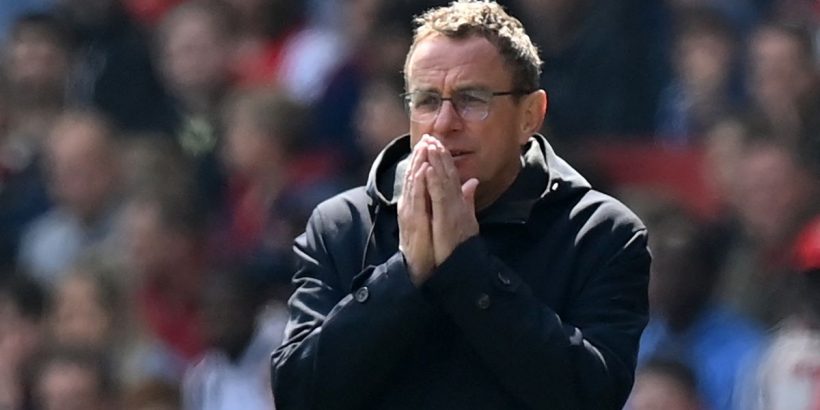 Erik ten Hag played a key role in Ralf Rangnick's premature exit at Manchester United as the Dutchman was 'reluctant' to work with the former interim boss, according to reports.

Rangnick spent the second half of the campaign in charge following Ole Gunnar Solskjaer's sacking in November. He was set to start his two-year consultancy role at the club this summer, upon the arrival of Ten Hag.

But before the end of last season, Rangnick accepted to become manager of Austria national team, despite insisting he was set to stay at the club working alongside the new manager. According to ESPN, United terminated the agreement with the German upon consultation with Ten Hag.

READ MORE: 8 stars you didn't know had trials at other clubs – including Steven Gerrard with Man Utd

The 63-year-old was reportedly unhappy at not being granted a formal handover with the new boss as he was expecting to meet him face-to-face, and have detailed meeting. However, the Dutchman snubbed Rangnick, opting to just have a phone call with the German.

It has also been reported that United bosses had become irritated with his public comments in press-conferences, including the club rejecting his request for a striker at the end of the January transfer window. "The answer at the time was there was no player on the market that could really help us – [even though] there were a few," Rangnick said back in May.

The United officials were also not pleased when Rangnick mentioned that as many as 10 new signings were necessary this summer, while pointing at the squad depth of rivals Manchester City and Liverpool.

What did you make of the way in which Manchester United and Erik ten Hag reportedly conducted the situation? Have your say in the comment section below…

The club also tried to get Rangnick to sign a non-disclosure agreement as part of his departure from the club. Rangnick who was in charge of 29 games, won just 11 before the club confirmed his departure a week after the final day of the season.

The statement read: "We would like to thank Ralf Rangnick for his efforts as interim manager over the past six months. By mutual agreement, Ralf will now focus solely on his new role as manager of the Austria national team and will not therefore be taking up a consultancy role at Old Trafford. We would like to wish Ralf the best of luck in this next chapter of his career."

Most recently, he made his debut as manager of the Austrian side, overseeing four games in charge of their Nations League run earlier this month. They beat Croatia 3-0, before falling to defeat against Denmark twice and holding France to a 1-1 draw.