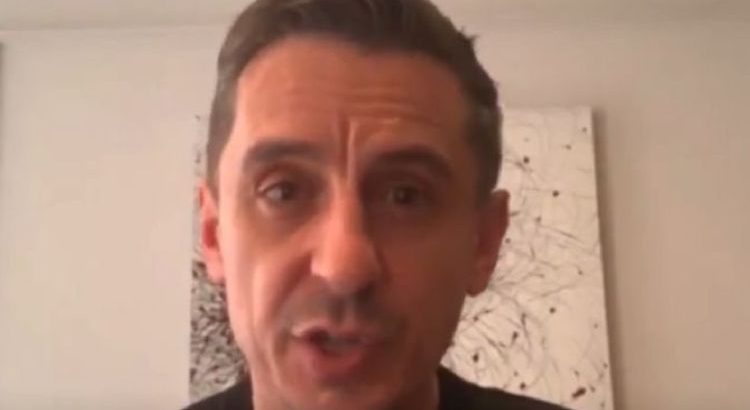 Ex-England footballer Gary Neville reflected on Italy, England Euro finals while speaking on Sky News’ Sarah-Jane Mee. He admitted that the better team won and praised Robert Mancini’s Italy squad for their second-half performance. He went on to hail the great effort of the England squad and the way they conducted themselves throughout the tournament.

Ms Mee said: “Gary, you talk straight, how are you feeling after last night, did the team win?

Mr Nevile replied: “The best team won if we look at it purely on football.

“They played a really good game, Italy, after a difficult start to the game.

“They got on top and controlled the game, they demonstrated authority in the class that they have.

“They have obviously got a fantastic goalkeeper and a defence that is resilient and they have an unbeaten record now, I think it stretches back 30 odd matches.

“In the end, we could go over that extra hurdle.”

Mr Neville admitted that he did feel hopeful and directed praise at the England squad for their valiant effort.

He continued: “How do I feel this morning, I feel quite good in the sense of an England fan, watching our players and how they have handled this tournament.

“I feel good about our manager and the way in which the players conducted themselves.

“Gareth and the players found a way to get to that final last night.

“I know people will say maybe we could have been this or that, made this substitution or whatever.

“They got it so right during this tournament, I trusted them to the end and they just fell short.

“I am proud of the players and everything they have achieved.

“I feel connected to them, I have not always felt connected to England teams as a fan growing up, even as a player as a coach.

“But I felt connected to this team because I feel they carried themselves brilliantly on and off the pitch and they played really well.”