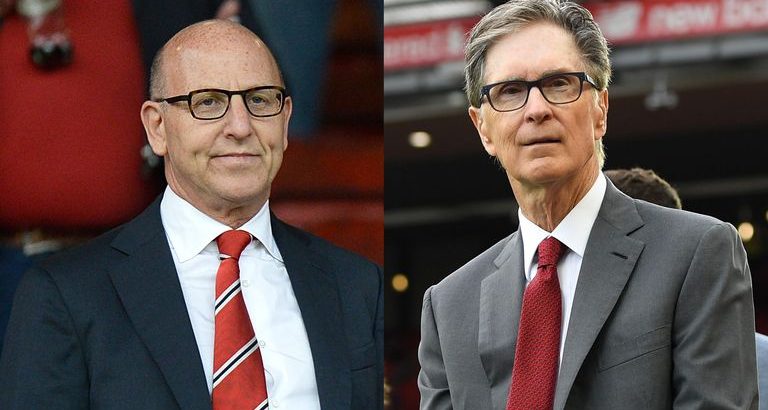 The proposed new breakaway European Super League (ESL) is being driven solely by the greed of the clubs involved, some of whom have never even won a European trophy, according to Sky Sports News reporter Kaveh Solhekol.

And three more clubs could also sign up for the inaugural season, which will commence “as soon as practicable”.

However, it is a move generated by a select group of continental clubs – some with little, or no European pedigree – interested only in increasing their own financial power, says Solhekol.

“It is laughable that this is being called a European Super League. Last time I checked, there were 56 European countries in UEFA, this is being driven by three countries – England, Italy and Spain and the clubs in Italy are in big financial problems, Juventus, AC Milan, Inter Milan. The clubs in Spain involved, Barcelona a billion pounds in debt, Real Madrid in financial trouble and Atletico Madrid have never even won the European Cup before.

“And if you knew your history, you would look down at the list of clubs who have won the European Cup and these are the teams who are not involved in this European Super League: Benfica, Celtic, Feyenoord, Ajax – four times they’ve won it – Nottingham Forest won it twice, Hamburg, Steaua Bucharest, Porto, PSV Eindhoven, Red Star Belgrade, Marseille and Borussia Dortmund.

“Why are these clubs calling themselves the Super League? The Super League of what? It is a league driven by greed and the desire to make money from fans all over the world from selling broadcast rights to games.”

While FIA, UEFA and the various respective governing bodies and leagues across Europe have all come out to condemn the new ESL, one section of the game who we are yet to hear from and will play a key role in deciding whether the proposal ever gets off the ground are the players and managers themselves.

“That is what it is all about and what will be interesting to see next is what will managers and players say about this,” Solhekol said.

“We have heard from UEFA, FIFA, governing bodies, leagues, politicians, but what is Jurgen Klopp going to say about this, as I’ve heard him talk about this in the past and he has said he is totally against it.

“What are Jordan Henderson and Marcus Rashford going to say about this? What is Thomas Tuchel going to say about this, someone who worked at Mainz and Dortmund in Germany, clubs that are majority-owned by their supporters, or will he be under pressure by the people who pay his wages to say nothing about it. Will he just turn round and say, ‘I’m just the head coach who deals with football, this is above my pay grade, I do not want to get involved in all this’?

“I think it will take the players and the managers to come out and say what they think to stop this because at the moment it is heading for the courts and as I said, it is civil war in football.

“I know lots of Liverpool and Man Utd fans and what is the holy grail for them? What do they want to win every season? The European Cup.

“Every Liverpool supporter will tell you “six times” and now they are just going to walk away from the Champions League and never play for the European Cup again? What are they going to play for, the JP Morgan trophy? Is that what they are going to dream about winning every season.

“Is it going to get that far as so many people are against this and when it comes with anything to do with money, where does it always end up? The courts, this is where it is heading. We will get these clubs facing off against the governing bodies and the leagues, but they are taking a big, big risk. It is a step in the unknown and it is very, very significant that big, big clubs with a lot of history, like Bayern Munich, are not getting involved in this.

“And do not let these people fool you, this is not a European Super League, there is nothing super about having teams in your league who have never even got to the final, let alone won the European Cup, and it is not European when only three countries out of 56 countries in UEFA are involved in it.”

As to why this is all happening now, Solhekol is clear that it is simply a case of greedy owners wanting to make their clubs richer.

“This new proposed league is not backed or endorsed by anybody, and I keep saying it is about money, and if you look at the finances, a club like Man Utd playing in the Champions League, they make between £40m and £80m on a good year if they win it.

“If they play in this new competition, they get a cheque for £250m-£300m to begin with, then in the future they will get three times as much money a season as they get from the Champions League.

“You are looking at £200m-£250m in TV rights, they will be able to sell some of the rights to the games themselves on their own channels, the broadcast rights all over the world.”

The fierce reaction throughout the game to Sunday’s announcement, though, does indicate the challenge these 12 clubs now face to get their proposal off the ground.

“We have seen this all before, but the one thing we have not seen before is this level of opposition,” said Solhekol.

“Have we heard of anyone who supports these plans? Have we heard from the owners of Man Utd and Liverpool, have they come out and said this is a good idea?

“No, we have some bland statements on a press release that was put out last night, but I have never seen so many people in football united in opposition to something.

“So if you are against it, that must give you hope that this can be stopped.”