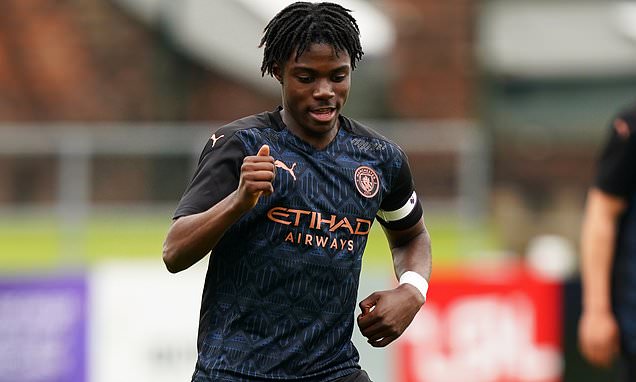 THE SECRET SCOUT: Romeo Lavia looks a natural in the holding midfield role, he’s only 17 but has so much to offer Manchester City already and they must expect big things from him

Our scout is a top football expert who attends matches each week searching for the next star. He’ll bring you his verdict in Sportsmail.

This week, Manchester City midfielder Romeo Lavia is under the spotlight…

WHAT HAS HE GOT?

Holding midfielders are often limited to shielding their centre backs. They tend to stay in their central patch, never straying far.

Lavia, one of the many talented players in City’s Premier League 2 academy side, has more qualities than this. Although young City players such as Tommy Doyle, Liam Delap and Cole Palmer look destined for more early calls to the bench of Pep Guardiola’s first team, this tigerish player looks sure to progress quickly.

His enthusiasm to challenge, recovery in the tackle and his general midfield superiority stood out. When the opposition broke, he was aware of their second striker dropping short between the midfield and back line.

He never let him breathe, snapping at his heels and winning tackles to prevent him starting attacks. But it was his sense of anticipation that attracted me more. Several times he cut out passes with clever positioning and he looks a natural in the role. 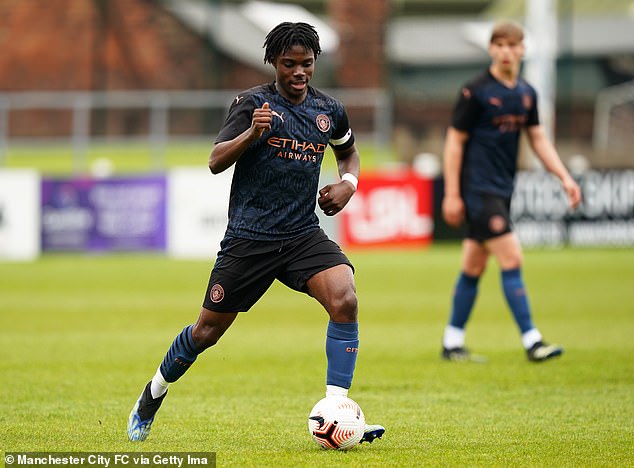 WHAT DOES HE NEED?

I do not see many downsides. He will need opportunities and has so much to offer. An added bonus is his ability to come out of his holding role to surge a few yards and help attacking team-mates. He is prepared to use both feet and at the age of 17 he is already an Under-23 regular. City must expect big things from him. 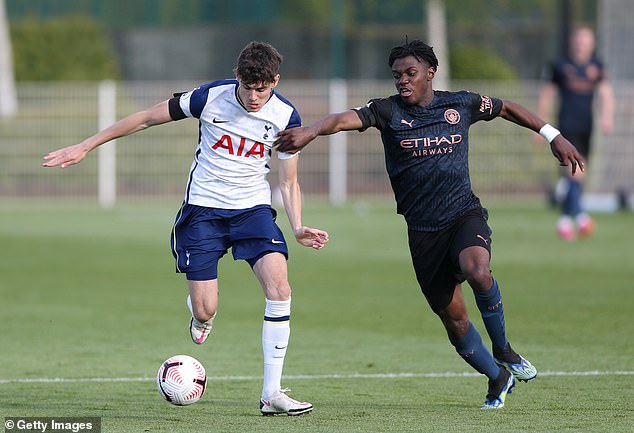