Gini Wijnaldum looks likely to depart Liverpool at the end of the season as it stands, but Thiago Alcantara’s recent comments on the Dutchman show he will be missed both on and off the pitch at Anfield if he does leave.

The 30-year-old midfielder has been Jurgen Klopp’s second-most used player since taking over in October 2015, making 211 appearances since joining from Newcastle in the summer of 2016.

Wijnaldum has contributed 21 goals and 16 assists in his five seasons on Merseyside including a crucial brace that helped fire Liverpool past Barcelona in their unforgettable Champions League semi-final comeback two years ago.

The Netherlands international also scored the opening goal in a vital final day win over Middlesbrough as Liverpool secured a much-needed top-four finish to cap off the 2016-17 season.

But the Liverpool hierarchy’s contract offer to the player, whose current deal expires in June, is said to fall short of what he feels he is worth and Barcelona are lurking with intent. 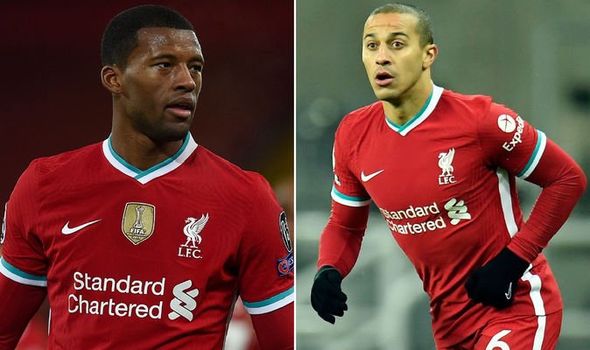 Ronald Koeman is in charge at Barca and it is no secret he wants to bring his countryman to the Nou Camp, having been tipped to do so back in the summer.

But as June 2021 nears, the Catalan giants know that Wijnaldum will be available on a free and provided Koeman remains the manager by then, Barca are the likeliest side to pick up the tireless midfielder without the cost of a transfer fee.

Losing Wijnaldum will be a blow to Liverpool for many reasons and not least, given their fitness woes this season, his dependability. Incredibly, per Transfermarkt, he has had a perfect bill of health with the club and has never missed a match through injury.

Yet the versatile former Newcastle man has been a valuable asset to Klopp not just because he’s always available but because he can perform multiple roles and he has been an excellent cog in hard-working Liverpool’s midfield machine.

While for the Netherlands he acts as a goalscoring playmaking attacking midfielder, for Liverpool he has been deployed in a more reserved box-to-box role with his ball-winning abilities a major asset. 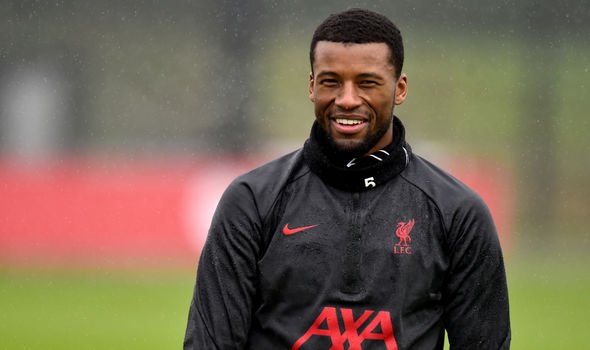 But Thiago, discussing Wijnaldum’s influence on a day-to-day basis, has uncovered just how much the player will also be missed away from the pitch at Liverpool too while talking about his team-mates in a fan Q&A.

The Spaniard said: “Sadio [Mane], it seems like there’s not a bad day for him and he’s there all the time with a smile and we appreciate it always.

“Gini he’s a beloved human and a great person, and always as I say with Sadio, with positive thinking and he’s there for you as well.”

Wijnaldum is a key figure in Liverpool’s dressing room and is a member of the club’s unofficial leadership group alongside captain Jordan Henderson, vice-captain James Milner and his Holland team-mate Virgil van Dijk.

And Klopp also demonstrated the power of Wijnaldum’s voice when discussing Liverpool’s win over Tottenham last month, which came via a late Roberto Firmino header.

He said: “I think it was Gini in the dressing room before the Tottenham game. ‘Don’t let us waste the first half again!’, he was shouting.”

While Liverpool have multiple leaders within the dressing room, clearly Wijnaldum’s absence will be felt should he depart for Barca at the end of the season. 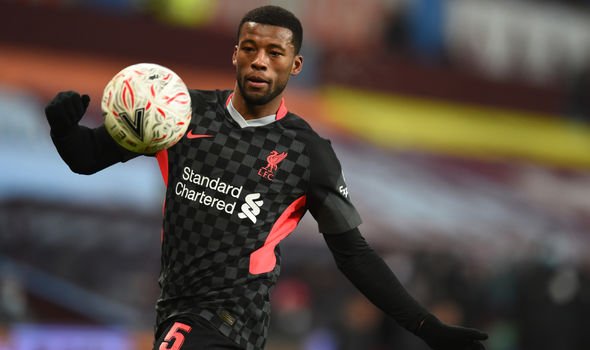 And with Milner perhaps likely to depart Anfield in the summer of 2022 when the then-36-year-old’s contract expires, overseeing the growth of new behind-the-scenes influences among their younger players, or bringing them in via new players in the transfer market, will be important for Liverpool in the coming years.

It’s no surprise one of the key elements of Liverpool’s ultra-successful recruitment strategy is to evaluate their character and mentality and whether they will fit into the group well.

As it stands, Wijnaldum’s Liverpool exit is far from confirmed and he may well yet go on to sign a new deal to remain under Klopp’s tutelage. There is an extension on the table.

But while the player is thought to want to stay, it would not be a surprise were he to part ways this summer and see out the final peak years of his career in Catalonia.

Finding someone who can replace the impact Wijnaldum clearly has on his team-mates not just on the pitch but in the dressing room will be a big task for Klopp and his recruitment team.