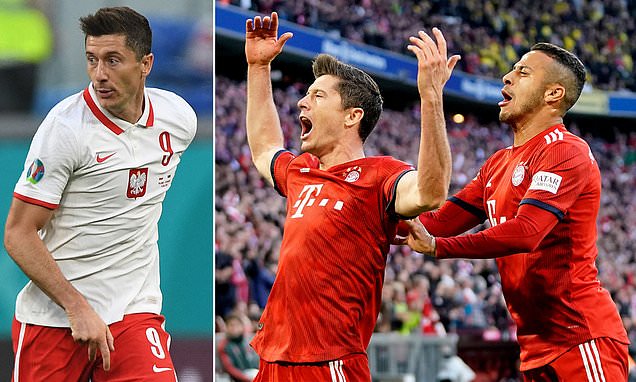 Thiago Alcantara insists it is ‘unfair’ that Robert Lewandowski was denied the Ballon d’Or last year as Liverpool star heaps praise on his former Bayern Munich team-mate, claiming he is ‘a born winner, a perfect professional’

Thiago Alcantara believes that it is ‘unfair’ that his former Bayern Munich team-mate Robert Lewandowski was denied the chance to win the Ballon d’Or last year.

The 2020 award for the world’s best player was cancelled due to the coronavirus pandemic, but there was a feeling that Lewandowski would have prevailed had the prize been given out.

Lewandowski scored 45 goals in 76 appearances across all competitions during the calendar year of 2020; more than any other player. 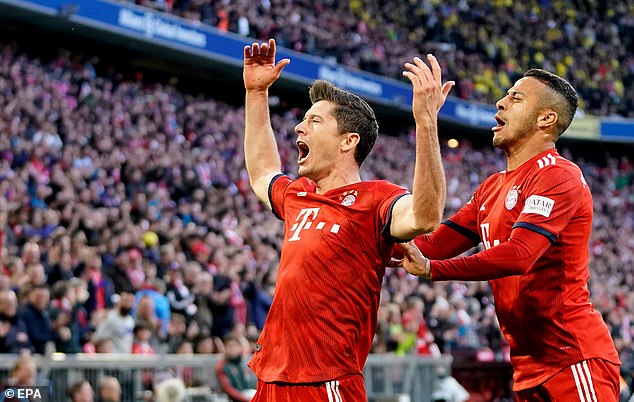 He helped Bayern to win the Champions League, the Bundesliga, the DFB-Pokal, the DFL-Supercup, the UEFA Super Cup and the FIFA World Club Cup in the 2019-20 campaign.

Thiago is set to face Lewandowski on Saturday when Spain take on Poland at Euro 2020.

The pair played together for six years at Bayern before Thiago left for Liverpool last year, and the midfielder was full of praise for the prolific striker. 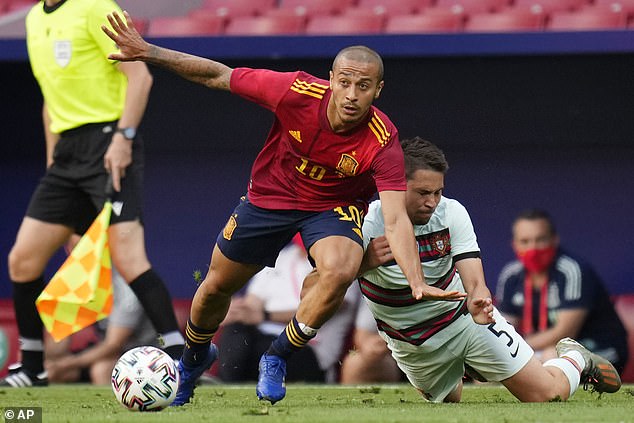 Asked whether he has spoken to Lewandowski ahead of the game, Thiago told The Guardian: ‘Not yet but we will. We spent six lovely years together and that’s the nicest thing about football – the friends made along the way.

‘He’s a great player and if there had been a Ballon d’Or last year, he would have won it. It seems unfair the award couldn’t have been given online.

‘His development is not just physical, it’s mental. He gets over 30 goals every year but keeps practising, perfecting what he does well and working on what he doesn’t. That’s what makes him. A born winner, a perfect professional.’ 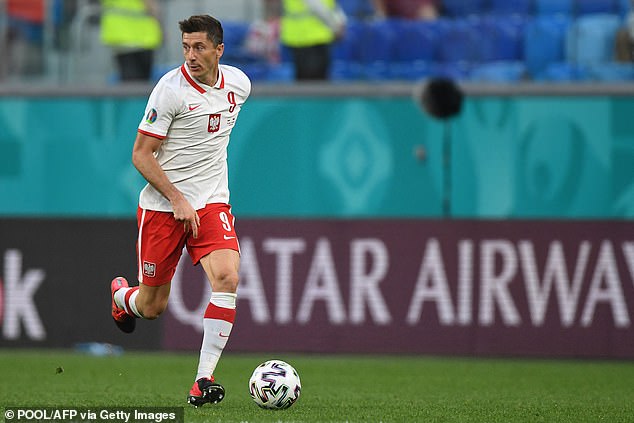 Thiago also revealed that Lewandowski is no longer obsessed with scoring goals because he has created a habit of finding the net.

Thiago said: ‘Obsession is always there at the start of learning. Becoming obsessed with something is what allows you to learn, to develop a habit, turn it into a routine. And he has created a way of life. A striker’s obsession is goals but he’s not obsessive now; he’s calm because he has created a habit.’

Spain and Poland both go into Saturday’s game looking for their first victory of Euro 2020.

Thiago’s Spain were held to a goalless draw by Sweden in their opening group stage fixture, while Lewandowski was unable to score in Poland’s 2-1 loss to Slovakia.