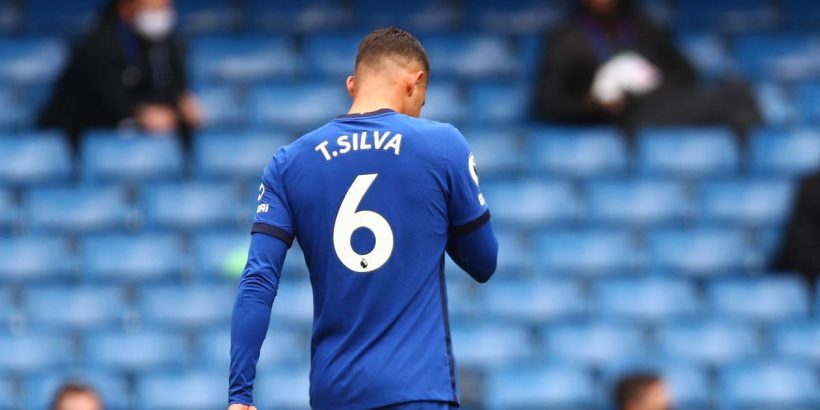 Thiago Silva was left eating his own words after his red card against West Brom sparked a spectacular Chelsea collapse.

The Blues had taken the lead against the Baggies through Christian Pulisic and appeared to be on course for a routine victory.

But the game changed just before the half-hour mark when Silva received a second booking for his foul on Okay Yokuslu.

The Brazilian was sent off and West Brom took full advantage, equalising and then taking the lead through Matheu Pereira.

Callum Robinson and Mbaye Diagne added gloss to the scoreline in the second-half to leave Silva ruing his costly mistake and hand West Brom an incredible 5-2 victory at Stamford Bridge.

Before the match, Silva emphasised the need for focus, saying the Premier League requires 'everything from you. How right he was.

In an interview with Chelsea's official website, he said: "You have to perform at the highest possible level, especially when you’re in a big club like Chelsea.

"This is a competition that requires everything from you in every game, every minute, every second.

"You can be winning 2-0 with five minutes to go yet the game has not ended yet.

"There are things that could only happen in a Premier League match, which is why it is so exciting and one of the greatest leagues in the world."

This isn't the first time Silva has come unstuck against West Brom. The former PSG man was at fault for the Baggies' second goal when the sides met at the Hawthorns in September.

On that occasion, Silva gifted the ball to Robinson, who struck a good finish beyond Blues goalkeeper Willie Caballero.

Reflecting on that error, he said: "It was a technical error that resulted in the opposition’s second goal but from that day I started to study more closely the opposing forwards."

Following Silva's mistake at Stamford Bridge on Saturday, it appears the defender might have some more studying to do when he returns from suspension.

READ MORE: How Liverpool and Chelsea can benefit as Juventus look to raise £42m