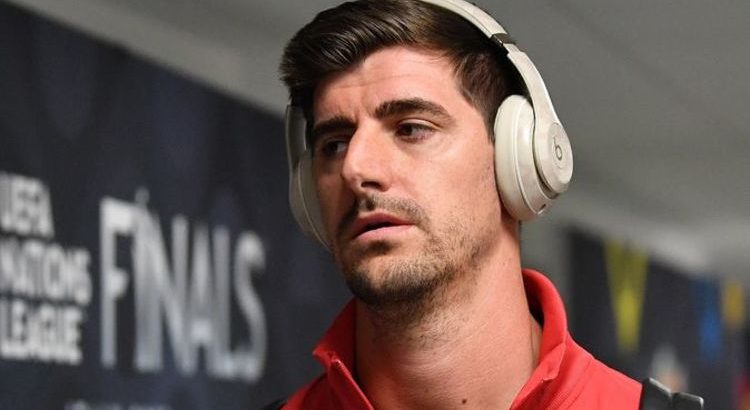 Real Madrid and Belgium goalkeeper Thibaut Courtois has launched a scathing attack on UEFA for their apparent negligence over player wellbeing. The 29-year-old’s rant comes after he represented his country in the Nations League this weekend, with Belgium finishing fourth after losing a third-place playoff 2-1 to Italy on Sunday.

Speaking following that match, former Chelsea star Courtois blasted UEFA, insisting he and his side should never have been made to play the fixture.

“This game is just a money game,” he told reporters. “We have to be honest about it. We just play it because for UEFA it’s extra money and it’s an extra game on TV.

“This just shows that we play too many games. Next year we have a World Cup in November, we maybe have to play until the latter stages of June again. We will get injured and nobody cares about the players anymore.

“After a long season we will have to play four games in the Nations League again, we will have two weeks holiday and that’s not enough for players to be able to continue playing 12 months at the highest level.”

Courtois also highlighted the apparent hypocrisy of UEFA for criticising the controversial plans for a European Super League while continuing to attempt to financially exploit football as much as they can.

He added: “If we never say anything it will always be the same. They (UEFA) can be angry about other teams making a Super League but they don’t care about the players, they just care about their pockets.

“Then you hear that they want to put a European Championships and a World Cup every year – when will we get a rest? Never.

“So in the end top players will get injured all the time and that’s the end of it. It’s something that should be much better and better taken care of. We’re not robots.”

France were the eventual winners of the Nations League after beating Spain 2-1 in the final on Sunday evening.

But the game’s deciding goal from Kylian Mbappe was a controversial one, with the PSG star adjudged not to be offside when he received the ball due to a slight touch from Spain defender Eric Garcia as the ball was played through.

Sky Sports pundit Jamie Redknapp said the rules of the game need to be looked at again following the decision.

“It’s a really hard one to understand because from Spain’s point of view, you’re trying to keep a good line,” he said.

“Mbappe has got incredible pace but he gets the timing of his run wrong. It’s the slightest of touches from Garcia.

“You can see from the moment Theo Hernandez plays the ball, he’s definitely offside. But because of this delicate touch from Garcia, it’s a new phase of play.

“But for me it isn’t. It’s a really poor interpretation of the rule. I don’t like it and it feels unfair.”