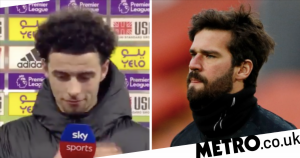 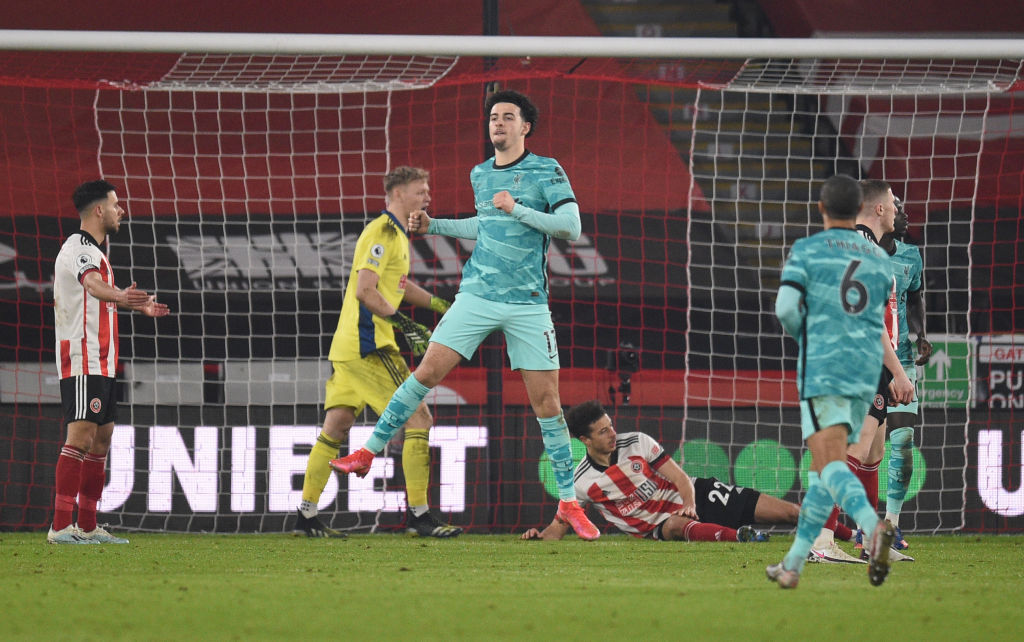 There was a touching moment after Liverpool’s 2-0 victory over Sheffield United as Curtis Jones dedicated his goal to Alisson and the goalkeeper’s father, who died aged 57 earlier this week.

Jose Becker was found dead at around midnight on Wednesday after tragically drowning in a lake near his holiday home in southern Brazil.

As a result, Adrian came in to replace the grieving Alisson at Bramall Lane on Sunday evening as the champions ended a miserable run of four successive defeats in the Premier League.

An inspired Aaron Ramsdale managed to keep Liverpool out going into the break but Jones found the net with a clinical finish just three minutes into the second half before Roberto Firmino’s effort deflected in off off Kean Bryan to extend the visitors’ lead.

The Merseyside giants kept hold of their two-goal advantage to secure all three points and Jones showed maturity beyond his years as he sent a heartfelt message to Alisson in his post-match interview with Sky Sports.

‘I think it’s been a difficult time for myself and the rest of the team but I’m happy that I got on the scoresheet,’ the young Liverpool midfielder said.

‘I’d like to take this time to say that this goal is for Ali’s dad actually so may he rest in peace.

Jones said Liverpool’s squad will ‘miss’ Alisson while the the Brazil international take a step back from the game to mourn his loss.

He added: ‘He’s a strong lad, a big part of the team, of course.

‘He’s not here today but we miss him for sure and I’d like to take this time to dedicate my goal to him and his dad and the rest of his family.’

Alisson and his family received countless messages of support following Wednesday’s awful news and the Brazilian took to Twitter to thank everyone for their kindness on Friday.

‘I would like to thank everyone for the messages and tributes to my beloved father!’ he said.

‘Our family feels loved by everyone! May God bless each one’s life.’