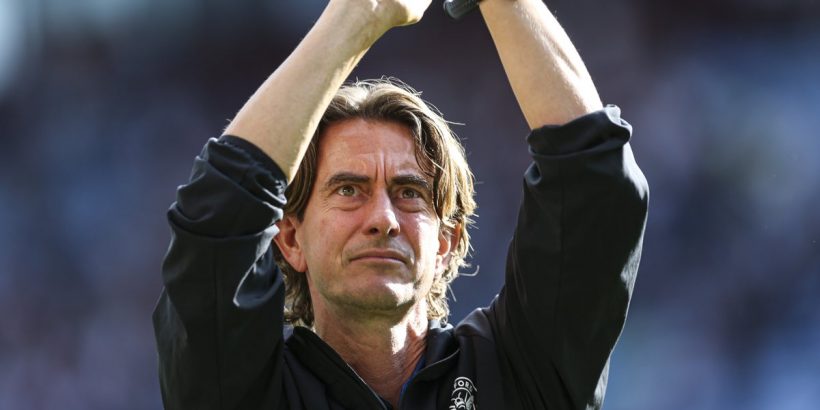 Thomas Frank has declared himself happy with Brentford’s start to life in the Premier League despite a 1-0 loss at home to Brighton on Saturday.

Leandro Trossard struck in the 90th minute to give the Seagulls all three points in the capital and end the newly-promoted side’s unbeaten run in the top flight.

An opening-day win over Arsenal was followed up with away points at Crystal Palace and Aston Villa before Brighton made Brentford pay for a lack of clinical edge in front of goal.

“Definitely I am happy with the start overall. What I am most pleased about is that if you look at the first four games, we have consistently good performances,” Frank said.

“But we have consistent, high-level performances. The Arsenal game we won fair and square. The last three games I think if there should be a narrow winner, it should be us if you look at all the games and the stats.

“It’s extremely positive and what we need to keep throughout the season.”

Bryan Mbeumo was guilty of not taking his chances against Brighton, curling off target twice in the space of 60 seconds in the first half and rifling another effort wide late in the opening 45.

The Frenchman combined impressively with strike partner Ivan Toney and his manager knows it is only a matter of time before he opens his account in the Premier League.

“I felt Bryan and Ivan looked really good together. They were linking up well, combining off each other and we can go long if we want but also combine around the box,” Frank added.

“That is promising and I am sure you know Bryan’s first goal in the Premier League will just be around the corner.

Trossard’s goal made it three wins out of four for Brighton, who had to wait until January and their 19th game to achieve that feat last season.

It was the Belgian’s first goal of the campaign and sparked wild scenes in the away end where the Seagulls chairman Tony Bloom was present.

The versatile attacker told the club’s website: “It was a special way to win the game, especially to score in the last minute, the emotions took over.

“It’s a brilliant win for us. It was really tough as Brentford are a really good side – they haven’t lost a game in the Premier League until now.

“We dug in as a team, we fought for the ball and we wanted to get the clean sheet. It’s really important for the confidence of the team and I think everyone was brilliant.”