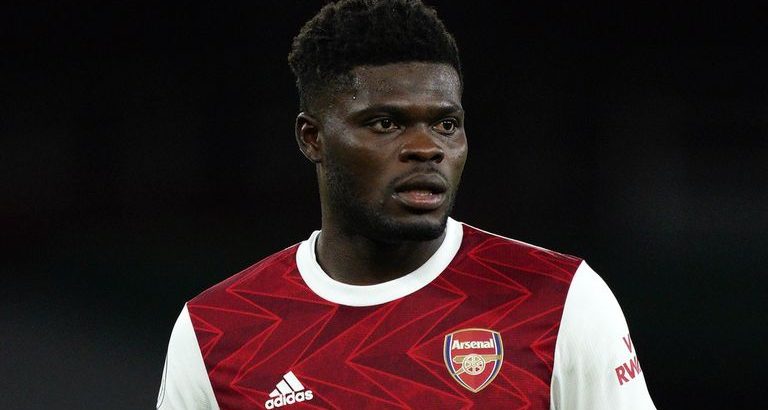 Mikel Arteta insists Thomas Partey was not rushed back from injury earlier in the season and believes Arsenal will soon see the best of the summer signing.

The Ghana international has struggled with injuries since moving to north London and Arteta’s side are languishing in 10th place in the Premier League – 12 points off the top four – ahead of Sunday’s derby with Tottenham.

Partey has started just 12 games, one of which was the 2-0 loss at Spurs in December.

That was his first game back from injury and he lasted just 47 minutes before limping off and missing the next month, with Arteta continuing to defend the decision to play Partey in that game.

Asked if it had been a mistake to bring Partey back so quickly, Arteta replied: “No, because he ticked every box to be able to play in that game.

“After every injury there is a risk for a period, whether it is five days, a week, two weeks or three weeks depending on the load that the player is exposed to.

“But it was a really specific action where he just overstretched the area going to the floor and got his foot trapped and then he felt it again. Before the game you cannot know that would have been the way.

“It would be easy to say, ‘Yes, we made a mistake’, but who would have known if he had played the next game or if he had come off the bench and played 30 minutes instead?”

Partey spoke to the media ahead of Arsenal’s 3-1 Europa League victory over Olympiakos on Thursday and said he felt the club’s fans had not seen the best of him due to his fitness issues.

Arteta agreed with his midfielder but feels it will not be long before Partey is up to speed.

“I think so,” he replied when asked if Partey was close to his best.

“Rhythm-wise he has struggled a little bit in the last few weeks because he hasn’t had enough training sessions or enough preparation because the league is so demanding.

“But you can see his quality, you can see the presence and the special qualities he provides to the team when he is on the pitch.

“I think it is just a fact of playing more games, getting some chemistry and understanding with his team-mates and getting as fit as he possibly can.”