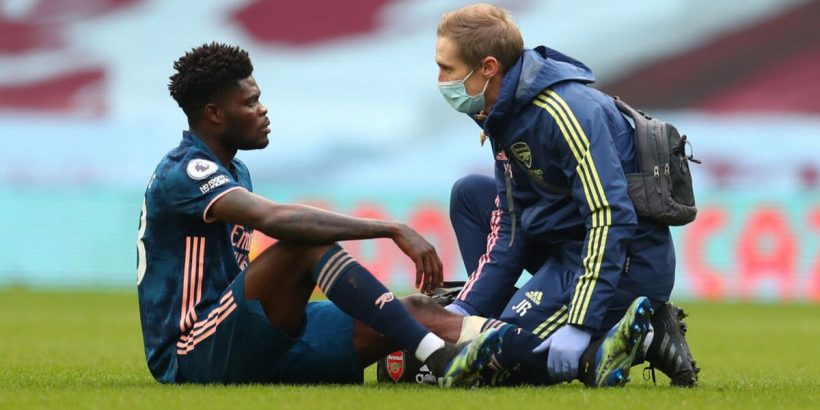 Thomas Partey claims Arsenal have only seen him at full fitness on two occasions since he joined from Atletico Madrid back in October.

Partey, 27, completed a £45million move to the Gunners on transfer deadline day in the previous summer and autumn window.

There were high hopes for the Ghana midfielder when he arrived in north London, but a series of injury setbacks have restricted him to a mere 16 appearances in all competitions this season.

His debut campaign at The Emirates has been a frustrating one at times, with only 10 Premier League starts under his belt so far. And Partey admits he has only been in 100 per cent condition for two Arsenal matches this season.

When asked if the Gunners have seen him at full fitness yet, the former Atletico star said: “Yes, I had a few games.

“I think against [Manchester] United at their home and against Wolves [away] also I was able to show what I can do.

“Due to less games and less training I think I have to keep working, keep trying to get back to that level again.” Partey’s injury problems at Arsenal come as a surprise given he only spent a total of four weeks on the sidelines during his five-year spell with Atletico.

Muscle and hip injuries meant he only made five league appearances in the first half of the season.

Then after returning in mid-January and enjoying a run of six consecutive league outings, a hamstring issue ruled him out of recent matches against Leeds and Manchester City. Partey is now back fit and firing again, nevertheless, and he believes his previous difficulties were a result of adjusting to the physicality of English football.

“It was a difficult moment to get used to how the team play,” he added.

“It’s part of the game. You never know when you are going to be injured. I do all of my work and I try to make sure I’m not before any game. “I think the injuries are part of the adaptation. Now I feel good, I’m doing all the necessary work to be more fit and play more games.

“I still have more time, I’m doing my best to get my level of competition and I think everything will be fine and I will be able to show what I can do.”