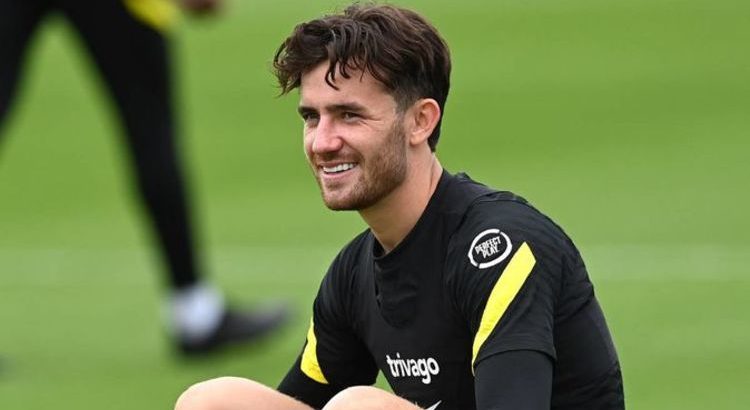 Thomas Tuchel has aimed some subtle criticism at Gareth Southgate for the way the England manager treated Chelsea defender Ben Chilwell over the summer. Chilwell was a part of the Three Lions’ squad at Euro 2020, but was one of the few players not to get a minute of game time during their run to the final.

Chilwell played three games for England during the 2020/21 campaign following his £50million move from Leicester to Chelsea and did enough to earn a place in Southgate’s squad.

But despite playing the full 90 minutes in Chelsea’s 1-0 Champions League win over Manchester City on May 29, the 24-year-old was frozen out at the Euros.

Luke Shaw and Kieran Trippier were preferred by Southgate in the left-back position and Tuchel has suggested that the tournament snub had a knock-on effect into the 2021/22 campaign.

Chilwell has lost his place to Marcos Alonso at Chelsea and is still yet to get on the pitch for Tuchel’s side ahead of Tuesday’s Champions League tie against Zenit St Petersburg.

“It has been difficult for him, absolutely,” Tuchel said in his pre-match press conference on Monday.

“Last season, he had many important, crucial games at a high level. Then it was, individually for him, personally, a tough Euros because there were chances where he thought he could have played. But he did not.

“It was a tough one because you feel he did everything to push the team. You feel part of the team.

“But you don’t feel it really if you don’t sweat it out sometimes on the pitch and never wear the shirt and never really involved. It is a strange feeling.

“It was still necessary to keep training and then when he had a break… it was hard for him to totally relax and get this personal disappointment off his shoulders.

“When he arrived here, I felt mentally he was tired, still worrying about the situation.

“At the same time, he had to accept it – Marcos took his opportunity with such a huge quality and attitude.

“We had some talks with Chilly about the situation.

“He had to have a little bit of time to be a bit patient with himself to find the joy again and to find things a little easier on the pitch, and not to force it too hard. This is where we are now.

“He’s in the race now. The situation has changed for him. He’s in good shape. He can play any minute.”

Chilwell could start against Zenit at Stamford Bridge on Tuesday night as Chelsea begin their Champions League defence with their first Group H match.

Alonso has started all of Chelsea’s five competitive matches so far this season, but with fixtures picking up in pace, Tuchel might decide to rotate his team for the visit of the Russian side.

After Zenit, Chelsea play Tottenham away in the Premier League on Sunday before beginning their Carabao Cup campaign against Aston Villa on September 22.