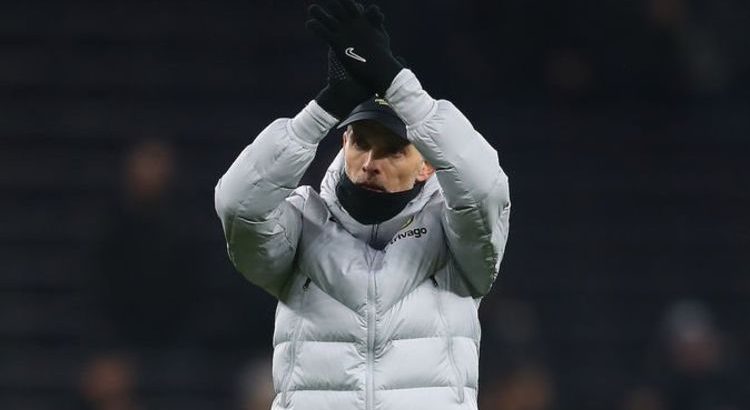 Ashley Cole has revealed that Thomas Tuchel and Chelsea must do all that they can to keep Antonio Rudiger at the club. Rudiger, 28, has a contract which expires at the end of June, meaning he is free to discuss a pre-contract with foreign clubs.

The defender isn’t short of interest, with the likes of Real Madrid and Juventus reportedly interested, while a possible return to Germany with Bayern Munich is also on the cards.

But former Chelsea left-back Cole has insisted it is vital that the club keep hold of Rudiger.

“Rudiger was brilliant,” Cole said of the defender’s performance against Tottenham on Wednesday on Sky Sports. “You can’t lose top, top key players in this dressing room. I think he can do everything.

“He can play out from the back, he can start attacks, he doesn’t like to be beat one v one, so he puts his body on the line. He’s becoming a real leader. He’s temperamental at times.”

Rudiger scored the only goal of the game as the Blues beat Spurs to secure their place in the final of the Carabao Cup.

Chelsea progressed with a 3-0 aggregate win over their London rivals and will now face either Arsenal or Liverpool in the final at Wembley in February.

MailOnline say recent reports suggest progress has been made over a new contract for Rudiger at Chelsea, but the two parties have not yet come to a new agreement.

Rudiger joined Chelsea from Serie A side Roma in 2017 and has gone on to make 177 appearances for the club.

Tuchel admitted there was uncertainty surrounding the German defenders future at the club, but insisted Chelsea “have things to offer” the 28-year-old.

“Everybody knows there’s a lot of ifs, let’s wait what the reality will be,” Tuchel said after the contest. “We have things to offer. He is a player in a Chelsea environment and I think he knows it well.”

Despite progressing to the final, the Chelsea boss was far from impressed by his side’s performance on Tuesday.

When asked if he was unhappy, Tuchel said: “Yes. It’s about our standards, not about getting results.

“We can close spaces much better. We can control the match better.

“We controlled the match, we had big chances. But we allowed chances from easy and sloppy mistakes and were lucky. We almost gave a penalty away for absolutely no reason.

“The same happened for the last 20 minutes, a mixture of lack of focus, over-confidence, and suddenly we need luck to not have another penalty.

“We need to play much better if we want to really deserve results like this.

“We’re happy with the result. In the first half we were the better team and we deserved to be up.

“But we lost concentration and lost focus in the last 15 minutes of the first half and again in the second half. We were almost punished for lack of focus.

“We played at 90% and that’s not our style – we shouldn’t do this. We had to work hard and it was not our best performance – we were better in the first leg.”