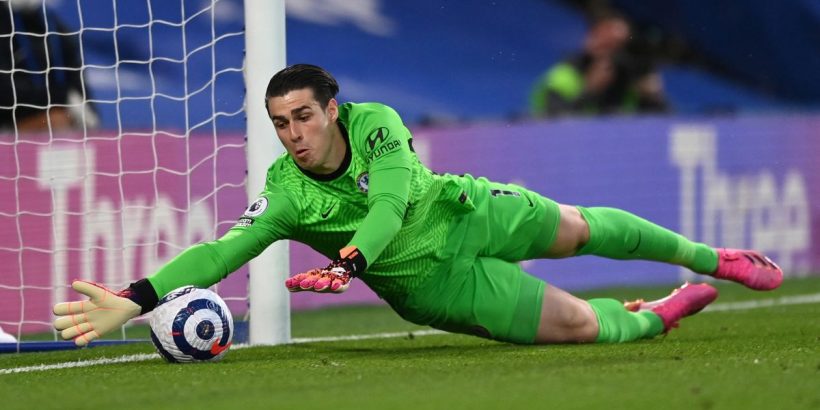 Chelsea misfit Kepa Arrizabalaga is set to start Saturday's FA Cup Final – but a series of other stars are sweating on their places.

Blues boss Thomas Tuchel was furious with the way his side lost to Arsenal on Wednesday night.

And big-name players like Jorgninho, Kai Havertz, Kurt Zouma, and Christian Pulisic could all now be axed for the clash with Leicester at Wembley.

But £71m misfit Kepa is set to start despite his part in the calamitous defensive mix-up which allowed Emile Smith Rowe to score the winner.

The Spain keeper was out of position as Jorginho, put under pressure by Zouma, played a blind back pass, and only just recovered to prevent an own goal.

But Smith Rowe still scored, and Arsenal held on to dent Chelsea’s top four hopes and give Tuchel a selection dilemma for Wembley.

Tuchel afterwards pointed the finger at his players for losing focus, failing to take their chances, and lacking hunger.

But while he is set to recall Antonio Rudiger at the expense of Zouma and Hakim Ziyech is likely to replace Pulisic, he has yet to decide on Havertz and Jorginho.

One player who will start though, is Kepa, who is looking for redemption after being benched in favour of Willy Caballero for last year’s final defeat to Arsenal.

He also infuriated former boss Maurizio Sarri back in 2019 by refusing to come off in Chelsea’s League Cup final loss to Manchester City.

But the 26-year-old has started every game for the Blues in their FA Cup run this season and Tuchel confirmed the Arsenal game was a warm-up for the final.

He said: “We thought it was a good idea to give him the game before. We trust him and he deserves it. That is the basis for why we put him in the line-up.

“He deserves it. He is so good in training and we wanted to give him some minutes and take both games together.”