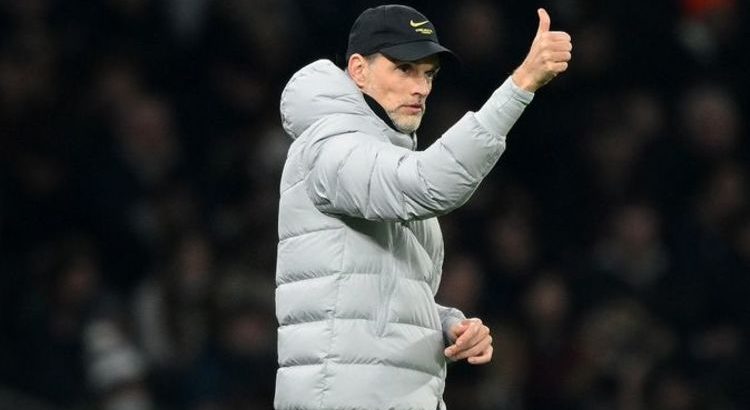 Moments before Chelsea’s crucial opening goal, the travelling Blues’ fans were offered a wonderful insight into the past and the future. Antonio Rudiger finished off the tie in the first half, jinxing his way past a hapless Tottenham defence, beating the flapping Pierluigi Gollini to Mason Mount’s vicious in-swinging corner and heading Thomas Tuchel’s side into full command of the semi-final.

Rudiger’s rollercoaster five seasons at Stamford Bridge looks destined to conclude when his current deal with the west Londoners expires at the end of the season.

Chelsea fans will miss the mischievous German who has managed to boil the tempers of every opposing player unfortunate enough to play on his wing.

But a matter of moments before the former Roma defender headed the Blues into an unassailable lead, his legacy became evident in a fascinating passage of play preceding his header.

Malang Sarr, the often forgotten about Blues’ defender, cheekily chipped the ball into the Spurs crowd after winning the corner which led to the goal.

JUST IN: Chelsea confident ‘compromise can be reached’ for Thomas Tuchel wish

The Tottenham fans in the line of fire exploded into a fit of rage, Giovanni Lo Celso rushed to confront him, and Sarr, just like Rudiger, strolled away from the situation smiling ear to ear.

Sarr has regularly looked nervous and uneasy is his Chelsea performances this season, but the fire and bite of Rudiger’s displays were more than present in Sarr’s display at the Tottenham Hotspur stadium.

However, Sarr is a very different player to the German. Tuchel shuffled his Chelsea deck by moving away from his favoured 3-4-3 formation and deployed his side in a 4-3-3 formation.

It worked an absolute treat. Tottenham were penned into their half by the west Londoners like sheep, and aside from some dubious refereeing calls that were reversed by VAR, Chelsea were rarely worried by Conte’s men.

While there were great performances all over the pitch, Sarr was the player who enabled the Blues to adapt their formation almost overnight.

Tuchel deployment of Sarr at left-back afforded the Blues the illusive feeling of balance and harmony which has been absent since Ben Chilwell’s injury.

Every time Lucas Moura and Emerson Royal combined down the right-hand side, Sarr was there to shepherd them down the line and out the way of danger.

Lucas Digne’s pending move to Aston Villa appeared to be a missed opportunity for Chelsea, but Sarr may well have solved their issues at left-back.

Chelsea’s title challenge smashed into the abrupt iceberg of Chilwell and Reece James’ injuries, but Tuchel appears to have navigated that.

Tuchel has tried to compensate for his lack of natural wingbacks by deploying the likes of Hudson-Odoi, Christian Pulisic, Saul Niguez, and Hakim Ziyech at wing-back, but Sarr’s inclusion at left-back could spark the end of this fraught practice.

A plethora of late goals and individual mistakes made in the run-up to Christmas spectacularly derailed Chelsea’s title challenge before the campaign even reached the half-way point.

Their race for the Premier League may well have already been ran, but Sarr could at least save the Blues from another expensive transfer signing.

It is too early to say that Sarr is the man to fill Rudiger’s shoes if the German leaves, but he certainly has the foundations, mentally and tactically, to entrench himself in Chelsea folklore alongside Rudiger.