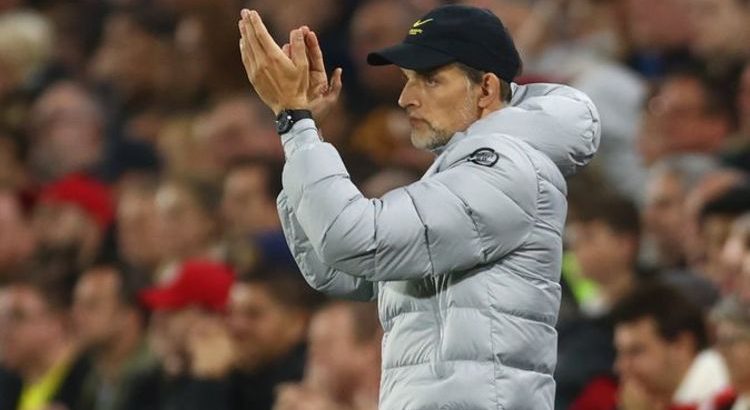 If Thomas Tuchel’s tendency to tailor his side’s personnel and tactics to the opposition is accurate, he would have prepared for the trip to Brentford in the gym, rather than the football pitch. After-all, very few teams will escape from the Brentford Community Stadium with three points without feeling like they have gone 12 rounds with Tyson Fury.

Their dominant 2-0 victory home victory against Arsenal and their impressive 3-3 draw against Liverpool were the ultimate demonstrations as to how hard they can punch.

Thomas Frank’s side are a tough team to keep down, having withstood a flurry of blows against Liverpool, and several first hayemakers during their first season in the Premier Leagues.

Fortunately, for Chelsea, they had a midfield enforcer in their ranks who is rarely seen in print without the simile “like a heavyweight boxer” near to his name.

Rubel Loftus-Cheek’s resurgence at Chelsea continued with another impressive display in Chelsea’s 1-0 away victory to Brentford.

JUST IN: Worrying Martin Odegaard claim made by former Arsenal star – ‘he’s open to coming back’

Despite towering over his peers at 6ft 3inches, he regularly dips past the opposition better than players significantly smaller than him.

Over the course of five yards, he goes from escaping the clutches of midfielders and defenders with the grace and footwork of a dressage horse but carries the ball with the intrinsic speed and power of a thoroughbred.

He demonstrated this capability in the first half, when he gracefully navigated his way out of Brentford’s press, drove into the heart of the defence, before caressing a ball into Timo Werner, who navigated a clear route into goal, but took too long to shoot.

And with a Chelsea team confronted by three assertive, powerful, but yet intelligent midfielders in Frank Onyeka, Christian Norgaard, and Mathias Jensen, Loftus-Cheek’s effortless dexterity and power was the perfect antidote.

This was the perfect contest for the 25-year-old, who will surely be front and centre of the minds of not just Tuchel, but Gareth Southgate. How the England manager would have appreciated Loftus-Cheek’s presence during the battle against Hungary midweek.

Chelsea had to dig deep and absorb plenty of firm Brentford punches, the best of which came when Norgaard rose highest and cushioned a header back to Bryan Mbeumo whose scuffed effort was just about clawed onto the near post by Edouard Mendy.

Thomas Frank’s side have refreshed the Premier League with their fearless, high energy and unpredictable displays, but there were times where even they gradually became flustered when Loftus-Cheek had the ball at his feet.

While this was the first League match against their West London rivals since 1947, their displays suggest there will be plenty more on the horizon.

The Blues midfield had a fascinating malleability to it against Brentford, as N’Golo Kante, Mateo Kovacic, and Loftus-Cheek took turns driving at the opposition and anchoring the midfield.

Loftus-Cheek’s capacity to protect as well as he can defend offers that extra flexibility and capacity to inter-change between roles others cannot.

Chelsea’s rather ordinary first half was culminated with a stunning half volley from Ben Chilwell – another player whose future looked uncertain after looking to be displaced by Marcos Alonso at the start of the season. The level of midfield responsibility placed on the broad shoulders of Loftus-Cheek was monumental in the second-half.

Brentford’s new stadium was as compact and intimidating as Griffin Park, and the raucous noise generated by the raucous home crowd is enough to throw off the staunchest of characters.

It means they always have a chance, and Frank’s side had plenty of chances to level the game. Edouard Mendy had to endure a barrage of Brentford efforts and made an excellent save from Ivan Toney’s powerful snapshot.

Mbuemo, who saw his effort tipped onto the woodwork in the first half, thought he had levelled, but he slid the ball onto the near post again rather than the net.

Mendy was called upon over and over again, making an outstanding save from Pontus Jansson and a last minute overhead kick from Norgaard.

Loftus-Cheek was needed more than ever, but his display in the second period was also close to faultless.

He protected and and spread the ball effortlessly, helping Chelsea manage the game, as well as providing a vast protective screen to the back three.

The talent and quality has never been questioned by Chelsea supporters who have been waiting patiently for Loftus-Cheek to stamp his mark on the side he has played for since the age of 16.

Fitness and injuries have plagued the career of the midfield general, and the explosive manor in which he performs means he will always be vulnerable.

Many pundits and experts would have had Loftus-Cheek near the top of that list, but Tuchel took a chance on Loftus-Cheeks. It is of course still early days, but the German’s gamble appears to be paying off.