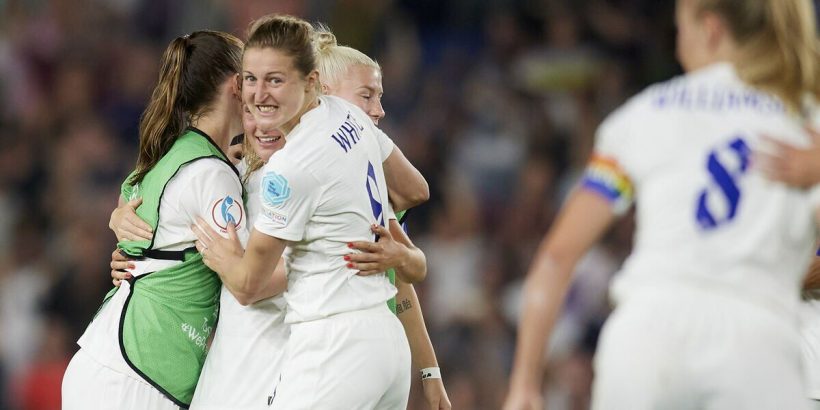 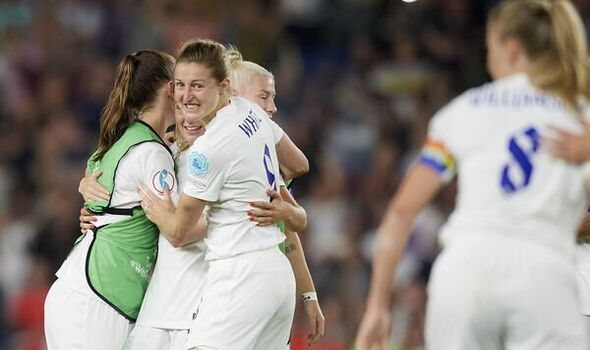 The unprecedented demand came as 2,000 more seats were made available for Tuesday’s game at Sheffield’s Bramall Lane

Resale websites are already advertising them for up to £850 – the original UEFA prices started at £15 for adults and £7.50 for concessions.

The crunch tie will be screened in Trafalgar Square, London, to thousands of fans.

Now the women’s success on the field is prompting more girls to take up football: Sport England has announced £2million for its project Squad Girls Football, which aims to encourage teenagers to play.

FC Leytonstone has recently doubled the number of women players at the East London club to 100. Its chairman Munaf Abhram said the impact of the Euros was “influential”.

Sara Sanders who coaches Stockport Dynamoes in Greater Manchester has seen a rise in interest since the Euros started, saying the women’s game’s popularity is down to its “visibility and accessibility”.

He said: “The noise and excitement around the women’s Euros is brilliant to see.”

“The upcoming launch of Squad Girls Football will play a pivotal role.”

“By putting teenage girls at the heart of its session planning, we want to empower girls to get active in ways they will love and keep coming back to.”

Recent buzz about the women’s game hit a crescendo on Wednesday as England beat Spain 2-1 in the quarter-final with a long-range extra-time goal by Barrow’s Georgia Stanway, 23.

In the semi-final on Tuesday England will face Sweden or Belgium, who were playing late last night.

Tuesday’s match had sold out in the pre-Euros general sale but additional tickets go to the nations that progress to each knockout game.