Barcelona new boys Eric Garcia, Memphis Depay and Emerson Royal may struggle to force their way straight into Ronald Koeman’s starting XI next season if the club continues to pursue three of their other targets. The Catalan giants are looking to bounce back in style after an incredibly underwhelming campaign that saw them finish third in La Liga, winning just the Copa del Rey.

Barcelona have made a bright start to their summer transfer business though and have moved quickly to snap up a number of players on a free.

Centre-back Garcia arrived from Manchester City before he was joined by teammate Sergio Aguero after the Premier League champions confirmed the club legend was set to depart the Etihad.

Depay has now followed following his departure from Lyon although his international colleague Gini Wijnaldum snubbed the Camp Nou for Paris Saint-Germain.

Emerson Royal, a player previously owned by Barcelona, was also snapped up from Betis for around £8million.

However, it appears Barcelona’s work in the market is not done just yet. 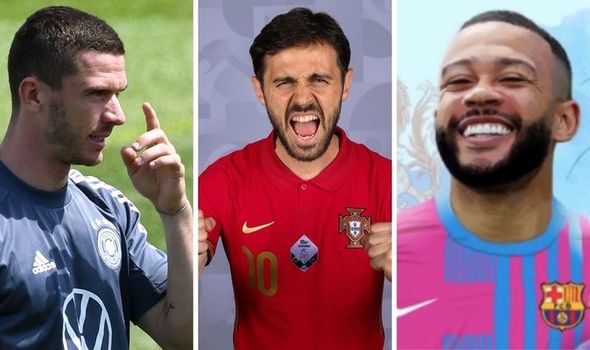 That’s because they are said to be eyeing a lucrative swoop for Atalanta’s Robin Gosens, who is one of three remaining transfer targets.

He has been exceptional at Euro 2020 with Germany and is the perfect left wing-back for any club operating with a 3-4-3 system.

Furthermore, his compatriot Matthias Ginter – who is used to playing in a back-three – is also on the radar of Barcelona.

It’s a system Koeman used last season and the Dutchman plans to continue moving forward with a similar shape.

Marc-Andre Ter Stegen will keep his place in goal but ahead of him Clement Lenglet, Gerard Pique and Ginter could make up the defence next season.

Gosens would then replace Jordi Alba at wing-back with Sergio Busquets and Frenkie de Jong still controlling the midfield.

Another name that has been strongly linked with Barcelona is Bernardo Silva, who is expected to leave Manchester City this summer with Barca his ideal destination.

Should the deal be completed, he could line up on the right of midfield with Emerson and Sergino Dest set to miss out. 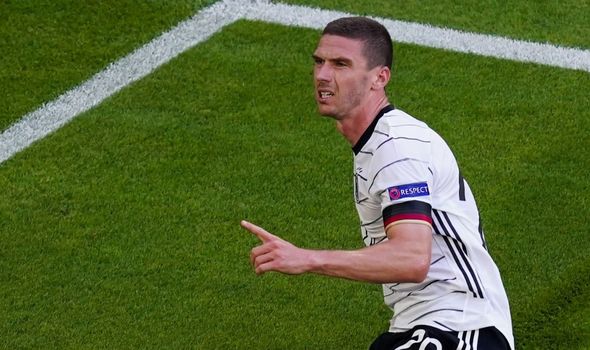 Given Bernardo’s invention and creativity, he would be given more freedom and would not be considered a wing-back as such like Gosens, who loves to motor up and down the flank.

In attack, remarkably, there may still not be room for new boy Depay.

Antoine Griezmann could continue to play ahead of Ousmane Dembele with Lionel Messi also in support of Aguero.

Barcelona’s squad depth and options from the bench were not good enough last season but now they are building a squad to compete on all fronts.