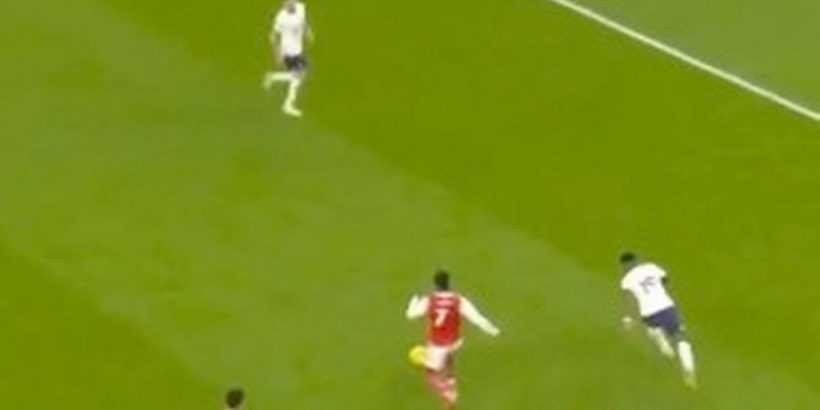 Resurfaced footage from three years ago shows that Mikel Arteta's long-term plan for Arsenal is finally on display.

Arteta explains the way he likes his full-backs and winger to play in the attacking phase of the game in a short clip on TikTok. The Arsenal boss explains: "Because I don't like creating lines between the wide players," in a clip of a winger finding himself isolated.

"Why? Because the full-back passes to the wide player, his back is to the goal, and he can't progress the play. There's always someone at his bum; he can't play forward!"

A second clip on the TikTok video then plays of Arsenal this season, with the Gunners playing exactly the way Arteta explained three years beforehand.

Arteta continues: "When you do it like this, the angles you create, you should always receive the ball like this." Instead of receiving the ball out wide, the winger cuts inside so he progresses the ball forwards straight away, without having to turn backwards.

Bukayo Saka is immediately on the front foot, while the winger in the first clip is forced to recycle possession.

What do you think of Mikel Arteta's Arsenal turnaround? Let us know in the comments section below

Arsenal are currently flying high at the top of the Premier League table – five points clear of Manchester City, but the Gunners have a game in hand.

The pair are yet to face each other in the Premier League this season, and they will have a dress rehearsal when they play int he FA Cup on Friday evening.