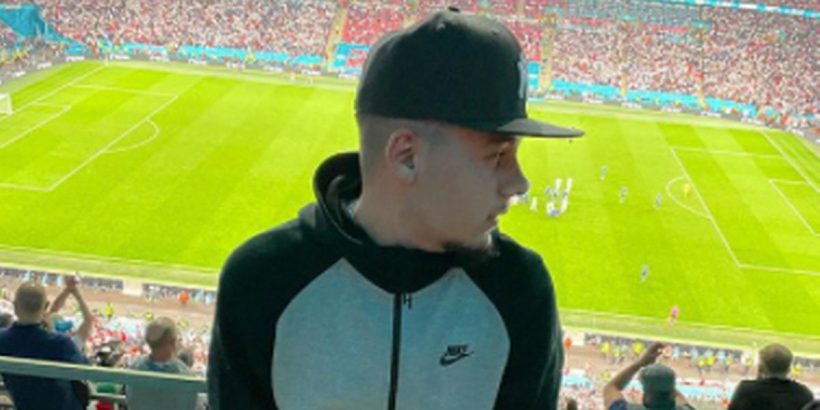 A teen TikToker, J2Hundred, with over 1.3 million followers on the platform, has filmed himself 'sneaking' into Wembley for the Euro 2020 final between England and Italy last Sunday.

Italy ended their long wait for a second European triumph, as the Azzurri won on spot-kicks, whilst England's 'years of hurt' continue for a least another 16 months.

Thousands of fans descended upon Wembley for the footballing showpiece, including J2Hundred, with the intention of watching the match on a big screen.

However, he ended up sneaking into the stadium, and he shared his experience on his TikTok page after the game.

"Little did I know that I was going to sneak into Wembley Stadium," the TikToker remarked.

Accompanied by a friend, the pair found a gap in one of the metal fences, which they clambered through, to find themselves at a security door – where they enlist more help to open it.

"It was a sign from God, we were meant to be in that stadium, there was just a gap in the door."

The group managed to get through the doors, giving them access to the stadium, where J2Hundred, and his friend, watched the game.

What did you think of the Euro 2020? Let us know in the comments section

The FA released a statement condemning the behaviour of the fans at the Euro 2020 final: "We strongly condemn the behaviour of a group of people that forced their way into Wembley Stadium before the EURO 2020 Final. This is entirely unacceptable.

"These people are an embarrassment to the England team and to all of the true fans who wanted to enjoy one of the most important matches in our history.

"We will work with the relevant authorities to take action against anyone who is identified to have illegally forced their way into the stadium."