Are you watching, Liverpool? Timo Werner bagged his second hat-trick against Mainz THIS SEASON and has already become RB Leipzig’s leading all-time goalscorer as it’s revealed he held ‘virtual meeting with Jurgen Klopp’

Mainz will be thankful to see the back of Timo Werner. On Sunday, the 24-year-old took his league tally to 24 goals with a sublime hat trick against the Bundesliga strugglers, six months after bagging a trio against the same opponent.

His fruitful afternoon at the Opel Arena saw the German become RB Leipzig’s record top scorer.  In this form, it’s no wonder Liverpool boss Jurgen Klopp is keen on bringing his fellow German to Merseyside next season.

In the reverse fixture, back in November, Werner played a part in all eight of Leipzig’s goals during his purple patch this season, as they hammered Mainz at the Red Bull Arena. 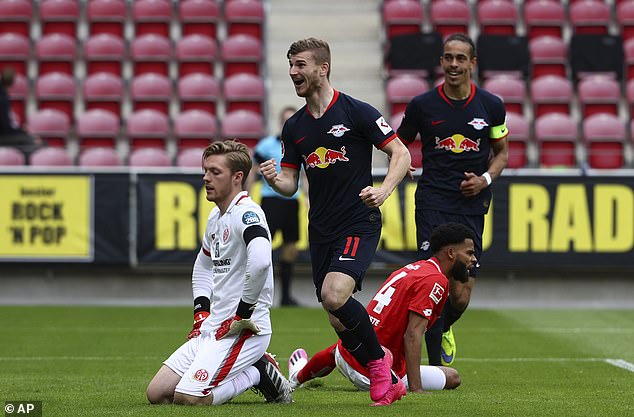 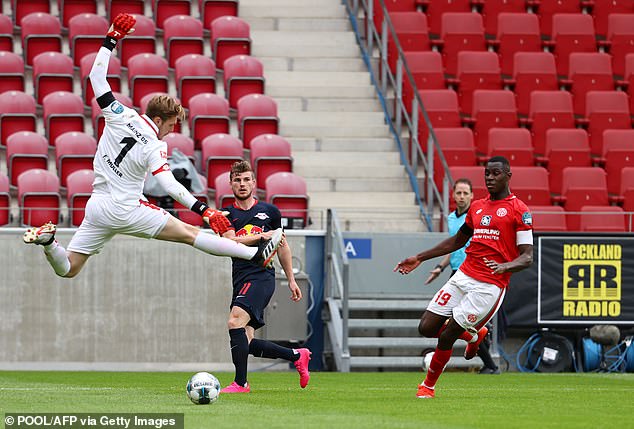 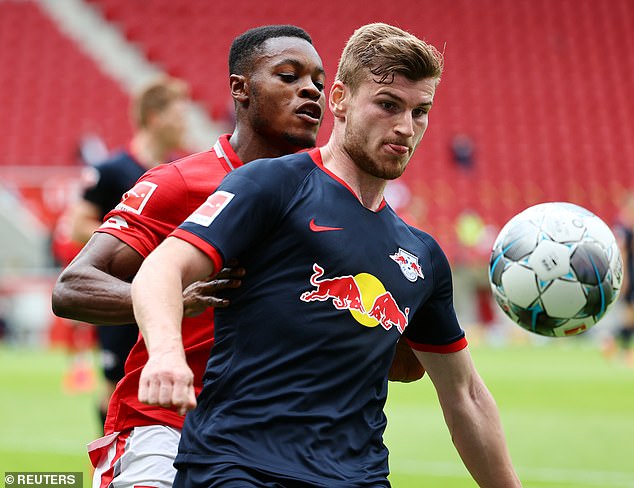 Werner has been linked with a move to Liverpool this summer, and his display surely excited

Having fired blanks in seven of his last eight games leading into Sunday’s contest, his two clinical finishes capped off by an audacious lob showed signs of a player not shy in confidence even when enduring a poor run of form.

Werner has been linked with a £52million move to the Premier League leaders for some time, and after his side’s victory over Spurs in the Champions League, the German gushed when asked whether he would consider a switch to Anfield.

‘I know that Liverpool is the best team at the moment in the world and when you are linked with that team it makes me very proud,’ he said.

‘It’s a pleasure but I know that Liverpool play a lot of good players and I have to improve myself and I need to learn many more things to get to that level and to play there.’ 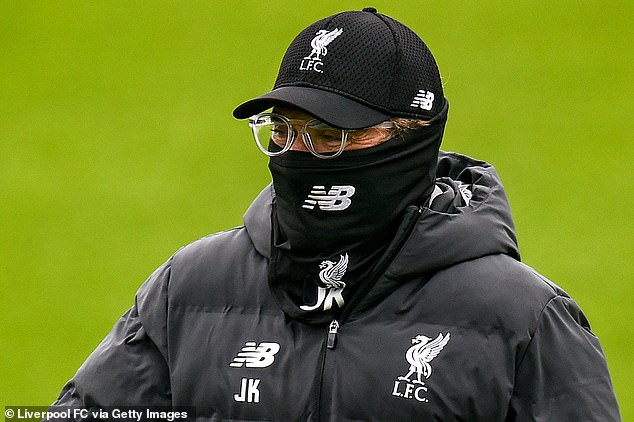 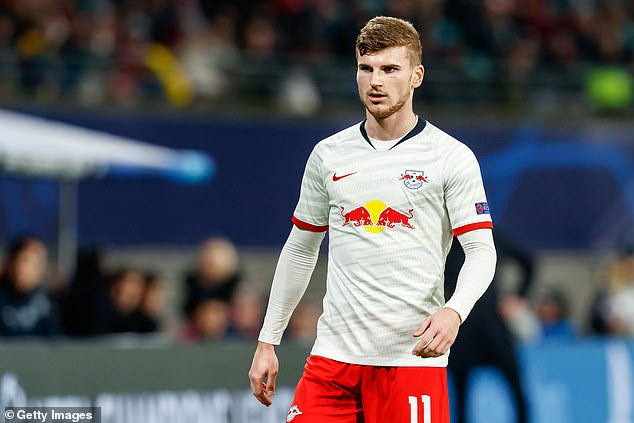 And the admiration has certainly been reciprocated by those in the North West. According to BT Sport’s Raphael Honigstein, Werner and Klopp have been in contact during the coronavirus-inflicted suspension of football.

‘I think there has been a virtual meeting between Jurgen Klopp and him in recent weeks,’ he said via The Express.

‘They [Liverpool] are a little hesitant to pull the trigger because they don’t know the impact of football coming back. He is waiting for things to fall into shape.

‘This kind of deal which would usually be confirmed in April or May might not get announced until September or October.’ 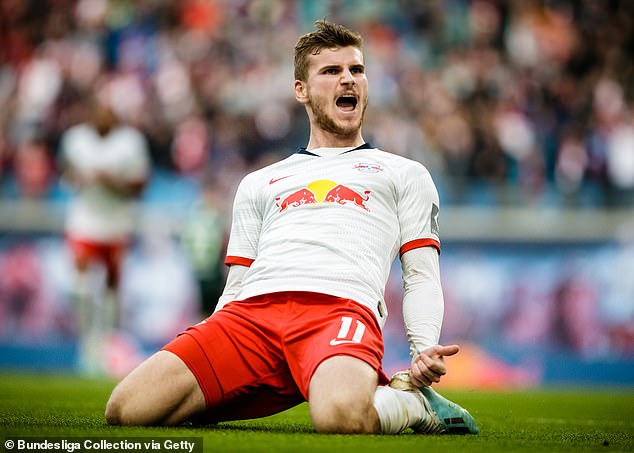 He has had his best season yet, and is running Robert Lewandowski close for the golden boot 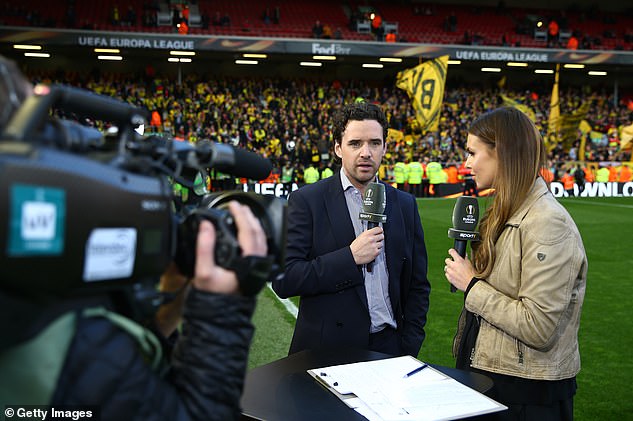 Owen Hargreaves has heaped praise on Werner, comparing him to Fernando Torres 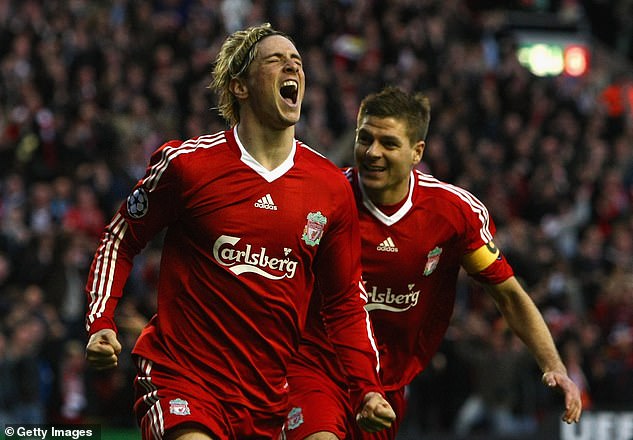 While Werner may have a battle on his hands to wrestle his way into Liverpool’s starting eleven, with the imperious Roberto Firmino a crucial component of the Reds’ style of play, he has been backed to flourish at Anfield.

Owen Hargreaves has seen enough in Werner’s play to predict the German will have a similar impact to that of a former Liverpool star.

‘Werner is the Fernando Torres type, where he is super explosive, he will run away from anyone,’ said the former Bayern Munich and England midfielder.

‘Werner would suit Liverpool. They counter and transition better than anyone. He will be doing homework on who will be a good fit for him.’

Whatever was said during that video call remains uncertain, but should Werner move to Anfield and carry over the sort of goalscoring displays we’ve seen in the Bundesliga, there’ll be no stopping him under Jurgen Klopp’s wing.