Jose Mourinho is concerned Toby Alderweireld will be out long-term with an apparent groin injury sustained in Tottenham’s win over Manchester City.

The Belgium centre-back was forced off towards the end of Spurs’ 2-0 win which sent them top of the Premier League, and replaced by summer signing Joe Rodon; his home debut.

Alderweireld was holding his groin as he hobbled off and, at full-time, when asked if the knock was a potential long-term injury, Mourinho replied: “I would say so.

“But it was an opportunity for (Joe) Rodon to come into a game of this dimension and difficulty. So, let’s go. Thursday we have another one.” 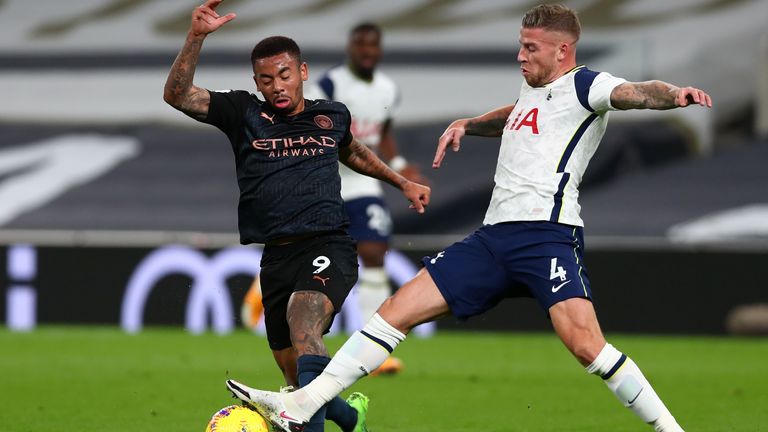 Alderweireld had turned in a superb defensive performance, as goals from Heung-Min Son and Giovani Lo Celso gave Spurs their second successive home win over Pep Guardiola’s side.

Alderweireld played two full games for Belgium during the international break, including the win over England.

The Champions League nears the crunch this week