‘I hit five, but should have matched Drake’s seven’: Tony Woodcock relives his quintet of strikes as Arsenal downed Aston Villa in First Division

In the days when newspaper Pinks and Green-uns dotted the country, bringing news of scores and scorers so close to the final whistle that it was a publishing marvel, there was a headline this month in 1983 that sign-posted what had just gone on between Aston Villa and Arsenal in the First Division.

Woodcock got five goals for Arsenal, their first five. He started in the fifth minute via a pass from Graham Rix and he stopped after 49 minutes. Had Arsenal been a different, more creative team, Woodcock says, he could have chased down the club’s all-time record of Ted Drake. 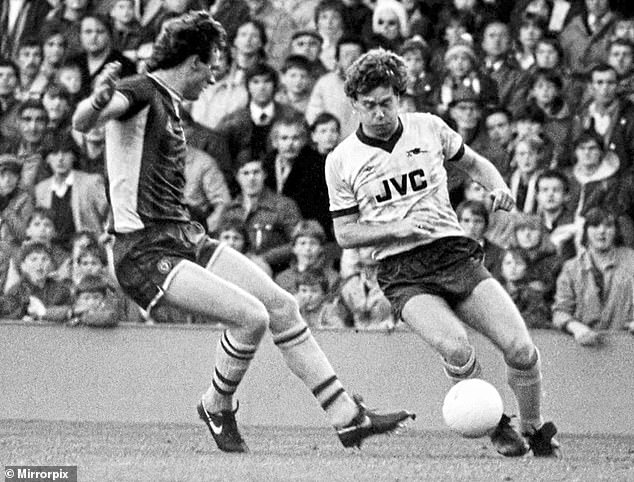 In 1983, Arsenal began the day in 12th place, a measure of the team, and soon manager Terry Neill would be gone. So, Woodcock spent 42 minutes not scoring.

‘We did have quite a few good individuals then,’ he says, ‘but we didn’t find a way to make it a successful team. We had lost Liam Brady and Frank Stapleton and were rebuilding.

‘It wasn’t a team who created many chances. In fact Brian Talbot called me “One-chance Woodcock”, because that’s all I’d need and that’s all I’d get.’

Woodcock had moved to Highbury the previous year having spent three seasons in Cologne in the Bundesliga. Before that he had been with his first club, Nottingham Forest, where he won everything bar the FA Cup.

He had a serious career, Tony Woodcock. At Forest under Brian Clough, he won the League title in 1978 and then European Cup in 1979. There were League Cup wins in 1978 and 1979 — Woodcock scored the winner in the latter final against Southampton. 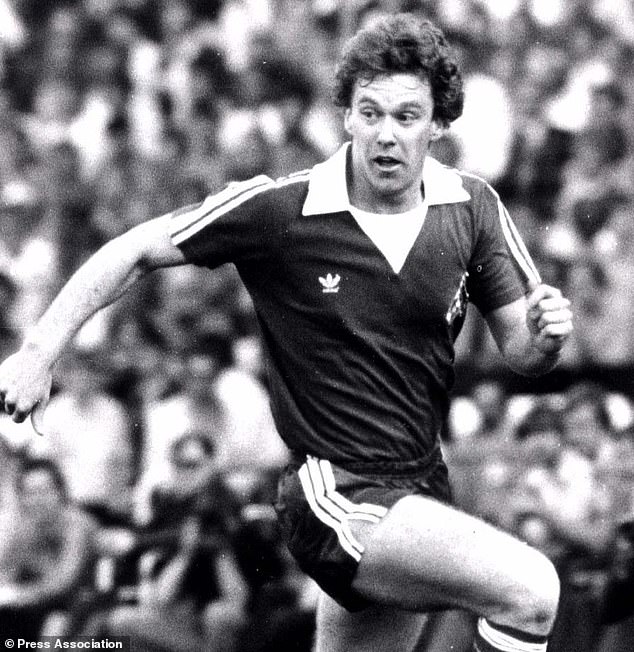 At the time he was 23 — PFA Young Player of the Year in 1978. He earned the first of 42 England caps that year. After Forest, Woodcock made the unusual move to Germany, where in his first season with FC Cologne they finished fifth and in his third they came second to Hamburg. Woodcock scored 16 goals that season, then went off to the World Cup in Spain. Joining Arsenal after that, Woodcock was 27 when he ran out at Villa Park.

He was mature, experienced and at his peak. ‘At 27, if you’ve been lucky, you’ve been playing for 10 years at the top,’ he says. ‘Your mind and body should be at one, you should be physically strong and mentally aware, the complete package. Not that you think like that when you go out to play. And it’s still not easy.’

Woodcock seemed to find it so at Villa. ‘I don’t think I did anything special,’ he says. ‘I was moving, controlling the ball. Some strikers live for goals but I was always more involved. I was a footballer, not just a goalscorer.

‘The first, I got a pass but there was still a lot to do. The second was a header, a placed header. The third was a one-two with Charlie Nicholas that got us into the box where we played another one-two and I scored.’ Tony Morley got one back for Villa but Woodcock added a fourth, on the rebound, before half-time.

‘All the lads were saying, “God, how many have you got?’’

His fifth –— ‘from probably my fifth chance’ — shortly after the interval, made it 5-1. Arsenal did create another chance, but substitute Brian McDermott — later manager of Reading — took it.

‘I remember late on, I think it was Paul Davis who was through and should have put me in — but he didn’t,’ Woodcock adds.

‘It was only afterwards that I thought I could have caught Ted Drake’s record. I wasn’t thinking it then.’ 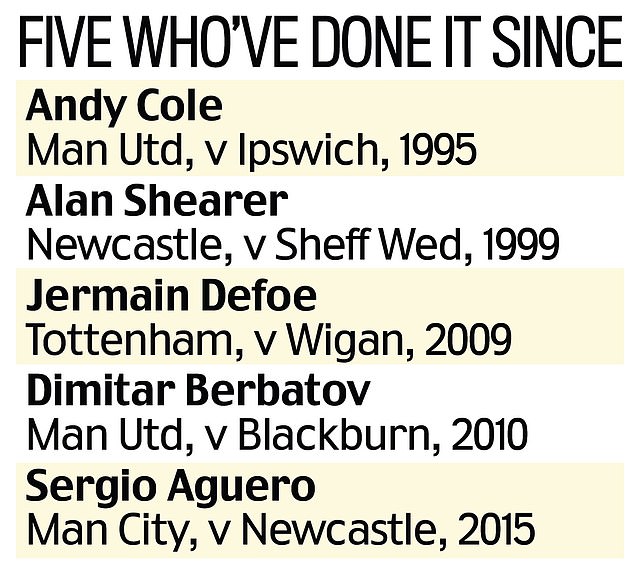 Now 62, Woodcock is happy to settle for holding Arsenal’s post-war record for most goals in a game. In his four seasons at Highbury he was leading scorer in three and joint-top in the other. He had not scored five before — though he once got four for Cologne at Werder Bremen — yet with a professional’s pragmatism, Woodcock does not even have the match ball.

‘I’m not big into that, having caps on display and whatever,’ he explains.

Woodcock prefers recognition from ‘the villagers’ in the Jack O’Newbury pub in Berkshire.

Woodcock had scored two in his previous Arsenal game — against Forest — and next focused on Sunderland. He scored again in a home defeat. Three games, eight goals.

Given that since 1983 only five players have scored five in a game in England’s top flight, it is amazing that the same day Woodcock got his, Ian Rush hit five for Liverpool against Luton.

‘Yeah, but his were at home,’ says Woodcock.