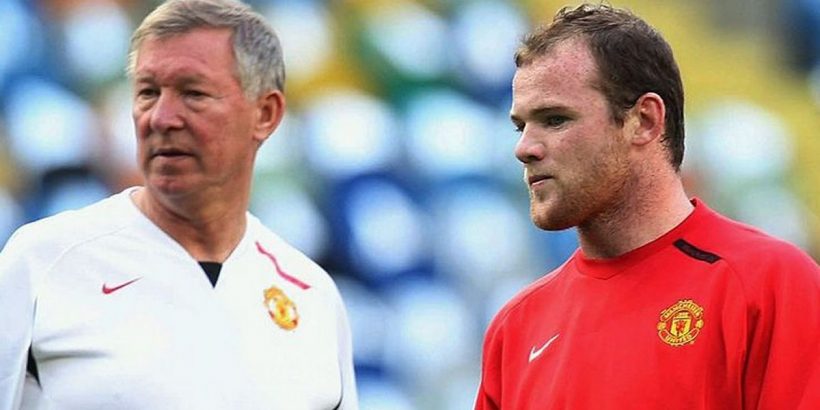 Premier League stars including Wayne Rooney and Steven Gerrard have risked the wrath of their loyal supporters in the past by trying to force a move away from the clubs who made them megastars.

While those two did late u-turns and remained at Manchester United and Liverpool respectively, there are players who make staying put an impossibility after burning bridges with staff and fans.

With some stars refusing to play and others trying to leave immediately after relegation, many of the most infamous transfer requests have not gone according to plan.

Daily Star Sport have picked out 10 of the most notable transfer requests of the Premier League era, including Carlos Tevez at Manchester City and John Stones at Everton.

Wayne Rooney admitted to putting in a transfer request in order to join Manchester United from Everton in 2004, and handed in another one in 2010, but insisted he didn't do so in 2013.

The most notable statement came in 2010 after he said that the club could not match his ambitions, but later back-tracked to sign a bumper extension with Sir Alex Ferguson.

Rooney, who was heavily linked to Real Madrid, said at the time: "I met with David Gill [United's chief executive] last week and he did not give me any of the assurances I was seeking about the future squad.

"I then told him that I would not be signing a new contract."

Which player were you most heartbroken to see leave your club? Tell us in the comments section

Marko Arnautovic forced his way to West Ham from Stoke in 2017 by handing in a transfer request, and ended up leaving for Chinese Super League champions Shanghai SIPG in 2019.

He left for an undisclosed fee having only months previously committed his future to the club.

He said last year: "I wanted to see [China] and get to know a different culture in my life.

"At the beginning you have to get to know the players, you need an interpreter because they don't speak English. But they welcomed me really well. It took some getting used to."

Pascal Chimbonda faced the wrath of Wigan boss Paul Jewell back in 2009 after he handed in a transfer request while still in his club kit after their final game of the season.

Jewell said: “I was standing ready to shake the players’ hands as they came off the pitch and to congratulate them on a magnificent season in leading this club to a miraculous top-half finish in the Premiership.

"The player came up to me, still dressed in his kit, and handed me his transfer request, along with a note to thank me and the club for all our help this season.

"To say I was livid was an understatement."

Jose Fonte desperately wanted to leave Southampton for West Ham back in 2017, but would only stay at the London Stadium for a season before moving to China and then France.

Southampton director of football Les Reed said that Fonte had “formally asked for a transfer”, with the Portugal international then saying that his “conscience was very clear".

Although he didn't taste success with West Ham, he helped Lille to Ligue 1 glory last season.

"It is with disappointment that we confirm to our supporters that Carlos Tevez has submitted a written transfer request. The club can also confirm that the request has been rejected."

Manchester City were open about the desire of Carlos Tevez to leave the club on their official website in late 2010, and he reversed that stance just days later.

The following year he was suspended and fined for refusing to come on against Bayern Munich in the Champions League, and left to join Juventus in 2013.

Steven Gerrard said in July of 2005: "This has been the hardest decision I have ever had to make."

He was of course talking about his rejection of a new contract at Liverpool, which came after their Champions League final victory over AC Milan amid Chelsea interest.

He would of course go back on that view and stay at the club until 2015, but would not fulfil his dream of winning a Premier League title with his boyhood club.

Another heartbreaking departure for Liverpool fans was that of Fernando Torres, who joined Chelsea for £50million in 2011 after three and a half seasons at Anfield.

The club said: "Fernando Torres tonight submitted a written transfer request, which has been rejected by Liverpool.

"Fernando is under long-term contract and the Club expect him to honour the commitment he made to Liverpool FC and its supporters when he signed the agreement."

He would go on to struggle at Chelsea, but still win an FA Cup, Champions League and Europa League.

Luis Suarez confirmed in 2013 that he was planning to hand in a transfer request at Liverpool following their "promise" to let him leave the club.

The Uruguay forward was keen to join Arsenal following their £40,000,001 bid, but he ended up staying put and firing them to just two points of the Premier League title.

Suarez would leave the club for Barcelona that summer, going on to score 147 goals across 191 La Liga outings and winning the title for a fifth time and first time with Atletico last season.

Now a regular with England and three-time Premier League title winner with Manchester City, John Stones made his name with Everton before his 2016 departure.

The former Barnsley youth prospect saw his transfer request rejected by the Toffees back in 2015, with his manager saying that he didn't mean to do it.

Roberto Martinez said: "Obviously he's been put under massive, massive pressure. The transfer request was something he didn't mean to do."

Jermain Defoe handed in a transfer request at West Ham back in 2003 just 24 hours after their relegation from the Premier League into the First Division was confirmed.

Caretaker manager Trevor Brooking said at the time: “Whoever advises him, and I don’t know who it is off the top of my head, has made an error of judgment and this is not in Jermain’s nature."

He remained at the club for a matter of months and was sent off three time in the second-tier before joining Tottenham, and was labelled by some supporters as 'Judas' when he returned to Upton Park as an away player.