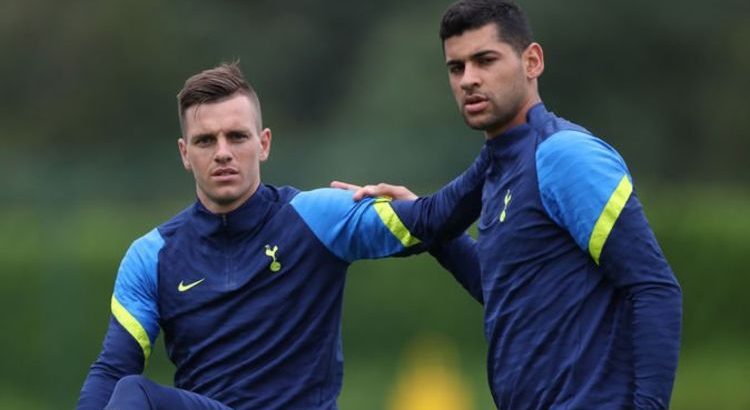 Tottenham chiefs are apparently set to fine Giovani Lo Celso and Cristian Romero when they return to north London. The duo went against club wishes to play in Argentina’s anarchic World Cup qualifier in Brazil.

The clash in Sao Paulo was halted just minutes after it began when officials from the hosts’ national health surveillance agency ANVISA walked onto the pitch alongside the country’s Federal Police.

They attempted to remove Lo Celso and Romero, as well as Aston Villa’s Emiliano Buendia and Emiliano Martinez, with a view to immediate deportation.

The four Premier League stars were said to have lied about completing quarantine upon entry to the country.

Individuals visiting Brazil from the UK are required to isolate for 14 days upon arrival – a policy which none of the players had clearly adhered to.

Lo Celso and Romero were named in the starting line-up for Sunday’s game alongside Martinez, while Buendia was handed a place on the bench.

But the game was suspended just seven minutes in amid chaotic scenes.

Spurs chiefs are said to be furious with Lo Celso and summer signing Romero as they were never given permission to join up with the Argentina squad in the first place.

The decision was made to avoid players being forced to quarantine for 10 days on their return to the UK and missing crucial club matches.

During Euro 2020 there was a temporary exemption for Premier League players returning from red list countries, meaning they weren’t required to isolate.

FIFA had asked the UK government to provide the same exemptions for the World Cup qualifiers but the request was turned down.

Romero and Lo Celso, therefore, accepted their call ups against their club wishes and, according to football.london, they will face the consequences on their return to north London.

Spurs will also apparently fine Davinson Sanchez, who linked up with Colombia for their World Cup qualifier in Paraguay.

Tottenham were hoping all three players would now fly to Croatia to complete a 10-day quarantine before returning to England.

But there appears no end to the chaos, with Argentina boss Lionel Scaloni stating he would select the Premier League player for Friday’s World Cup qualifier against Bolivia.

The situation is utter bedlam. Clubs aren’t happy and nor are international federations.

With more international fixtures on the agenda for later in the year, there will now be huge pressure on authorities to sort the situation out once and for all.