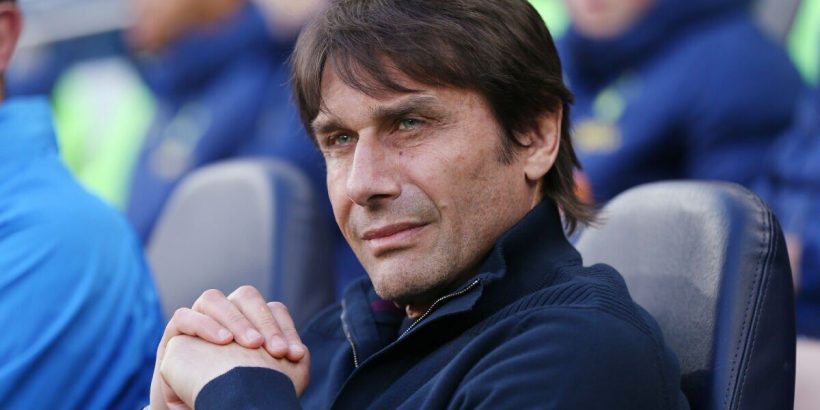 The last time Tottenham played Burnley, Antonio Conte says everybody thought he had gone crazy. On Sunday, when the Clarets visit the Tottenham Hotspur Stadium, the Spurs manager will discover if one of the biggest risks of his career has paid off.

Just days after a 3-2 win over Manchester City sprung some hope around the club, a 1-0 reversal at Turf Moor left Spurs back in the doldrums, staring at another season out of the Champions League places again. In an amazing rant Conte questioned whether he or his players were good enough, suggesting he was on the point of pulling the plug on the whole project.

“I’m a person, an honest person and I don’t like to tell lies,” the Italian said. “If I have to go strong, then I go strong. I have to do it completely. I’m a person who likes to put across my message for every situation, positive or negative.

“Honestly there are moments that if you want to change the situation, address the situation in the way you’re used to addressing, sometimes you have to go strong.”

Many thought that Conte had finally lost the plot. “I understand very well that I took a risk because a lot of people didn’t understand,” he recalled ahead of another clash with Burnley.

“I read that it only took two months for Tottenham to make Conte crazy! I remember very well I was the crazy one! Sometimes coaches have a strategy and the strategy is the stick or the carrot.

“At the time, the whole environment needed the stick. I, myself, was the first person so I hit myself first. Because before saying something wrong about the players or the situation, the first to take the blame has to be the manager. The manager has to address the situation. And then the others.”

The 3-0 derby win against Arsenal on Thursday that keeps the Champions League race open would appear to be a full vindication of his methods.

“The players have to be proud because the players made a great improvement and they deserve to play for a place in the Champions League,” Conte said.