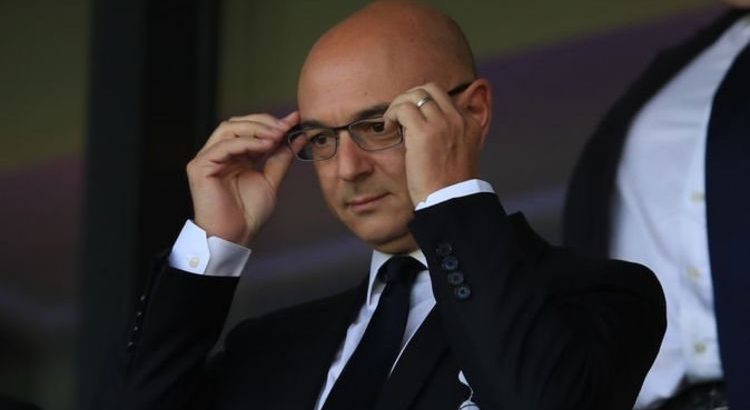 Daniel Levy is set to change his stance on Harry Kane’s transfer to Manchester City as the Premier League champions prepare a final bid for the England captain. City are desperate to take Kane to the Etihad Stadium this summer.

Levy has so far rebuffed any approaches made by City for the Spurs talisman during the current transfer window.

And, according to the Irish Independent, Levy may now even refuse a bid of around £150million, even though the figure had previously been quoted as one which would bring the chairman to the negotiating table.

The 59-year-old will not drop his valuation of Kane, despite the player’s wishes to leave, and is refusing to bow to the striker’s demands.

Kane has cut a frustrated figure this summer as he angles for a move to the Premier League champions.

He was left out of Tottenham’s opening-day victory against City but made his first appearance of the season from the bench as his side beat Wolves on Sunday.

Earlier this month Kane was forced to release a statement to deny claims he had refused to return for pre-season training.

“While I won’t go into the specifics of the situation, I want to clarify that I would never, and have never, refused to train,” Kane wrote on Instagram.

“I wouldn’t do anything to jeopardise the relationship with the fans who have given me such unwavering support during my time with the club.”

Levy has already reportedly rejected bids of £100m and £125m from the Citizens as he looks to hold onto his superstar striker.

City are determined to land their man, however, and will continue to test Levy’s resolve before the transfer deadline next Tuesday.

Pep Guardiola is in desperate need of an out-and-out goalscorer following Sergio Aguero’s departure to Barcelona.

Guardiola was forced to play without a recognised striker on the pitch at times last season and he knows he can’t afford to put himself in the same position this time out.

Kane’s arrival in Manchester could be the determining factor as City go in search of that elusive Champions League trophy this season.

And the addition of Kane would clearly provide them with the firepower needed to dominate Europe.

Kane is likely to continue to push for a move right up until the 11pm deadline next week and it remains to be seen whether Levy will finally succumb to the pressure and cash in on his main man.