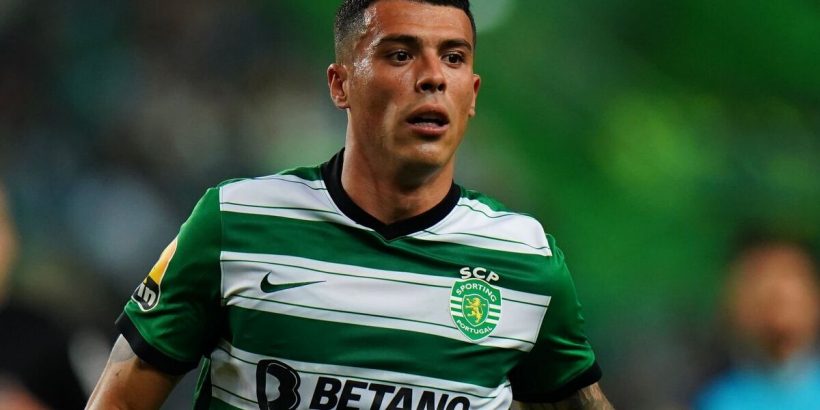 Tottenham are reportedly ‘really close’ to completing a deal for Sporting Lisbon right-wing-back Pedro Porro with the Portuguese club said to be lining up Brighton star Tariq Lamptey as his replacement. The Ghanian has found game-time hard to come by in the Premier League this season with Roberto De Zerbi favouring Pascal Gross and Joel Veltman at right-back.

Tottenham have been credited with an interest in Porro for some time and the deal appears to be closer than ever after extensive talks between the two clubs. Sporting had been holding out for his release clause of around £39million, something Spurs were unwilling to do however there now looks to have been a breakthrough between the two.

Fabrizio Romano reports Tottenham have ‘positive feelings’ after meetings today, with the move said to be ‘really close’. There is now a sense that the deal could be completed within the next 48 hours with the payment plan the only details left to negotiate.

Sporting have already started to look for a replacement too and the Athletic reports that the Portuguese club have enquired about Brighton full-back Lamptey. The 22-year-old has only started one game in the Premier League this season but has made 15 appearances from the bench and featured in two games for Ghana at the World Cup.

The move would only be on loan with Sporting seeking a short-term option before signing a proper replacement in the summer. Porro has been a key player for Ruben Amorin over the course of the campaign, he has scored three goals and claimed 11 assists in 25 appearances despite playing in a defensive position.

Lamptey initially impressed after joining the Seagulls from Chelsea in 2020 but lost momentum after suffering a long-term hamstring injury. He has made 71 appearances for the club in all but he could benefit from a short stint away to get more first-team action.

Porro would become Tottenham’s second signing of the window if the deal is finalised following Arnaut Danjuma’s arrival in north London. The winger looked set to join Everton, completing a medical and his media obligations before bailing after an 11th-hour hijack from Spurs.

“It’s amazing to sign for Spurs. I’m very delighted to be here,” he told the club’s media team. “As soon as Tottenham came in for me, it was a no-brainer.

“It’s a massive club with a brilliant coach. The facilities are obviously unbelievable so for me, it’s been very exciting to be part of this team. I’m really looking forward to working with the manager. He has so much experience and so for me, it is a great opportunity to learn and be amongst the greats.”

Only time will tell if Tottenham can complete a deal for Porro but with Sporting already lining up a replacement, it appears likely that the move will happen.