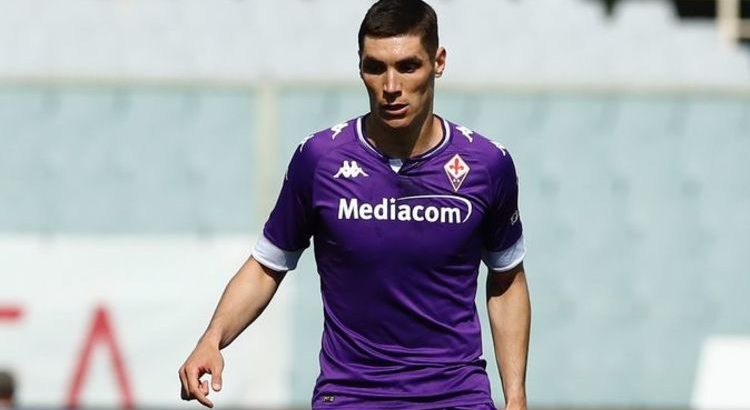 Spurs can finally crack on with negotiating deals for potential signings after ending their lengthy three-month search for Jose Mourinho’s successor.

Centre-back Milenkovic has been a long-term target for the club and was linked with a move to the North Londoners prior to Nuno’s appointment.

The 23-year-old made 34 appearances for Fiorentina last season as they finished 13th in Serie A.

He has just a year remaining on his contract with the Italian side and Spurs could acquire him for a cut-price fee, with Fiorentina potentially unwilling to let a key asset leave for free next summer.

Spurs have made signing defenders a priority this summer. According to Italian outlet La Nazione, they have had a bid knocked back for Milenkovic but remain confident of signing him.

Bologna’s Takehiro Tomiyasu is also a target and a deal for the defender is believed to be further down the line for the defender, with Nuno closing in on his first signing.

The Portuguese head coach and sporting director Fabio Paratici want to add two centre-backs this summer because Toby Alderweireld has told the club of his desire to leave, the report goes on to claim.

Chairman Daniel Levy’s summer is set to get busier with the return from Euro 2020 of wantaway striker Harry Kane.

The England captain has also made clear that he wants to depart in a quest to add a major trophy to his list of personal honours.

Kane had a slow start to the tournament but ended up with four goals in the knockout rounds, including the semi-final winner against Denmark.

His performance in the final defeat by Italy was criticised by pundits because he failed to have a touch in the opposition’s 18-yard box.

The 27-year-old is not short of interest but clubs may struggle to finance a deal worth at least £150m this summer.

Spurs have most of the power in the dynamic due to Kane still having three years remaining on the six-year deal he penned in 2018.

Manchester City, Manchester United and Chelsea are some of only few clubs worldwide who could afford to take him from Spurs, although Levy is unwilling to sell to a Premier League rival.

The predicament presents Nuno with a tricky first few months as boss after being appointed as Mourinho’s successor at the end of June.

Nuno departed Wolves following the culmination of the season and Spurs moved to secure his signing after failing to agree terms with each of Antonio Conte, Paulo Fonseca and Gennaro Gattuso.

“When you have a squad with quality and talent, we want to make the fans proud and enjoy,” the 47-year-old said.

“It’s an enormous pleasure and honour (to be here), there’s joy and I’m happy and looking forward to starting work.

“We don’t have any days to lose and we must start working immediately as pre-season starts in a few days.”
Source: Read Full Article