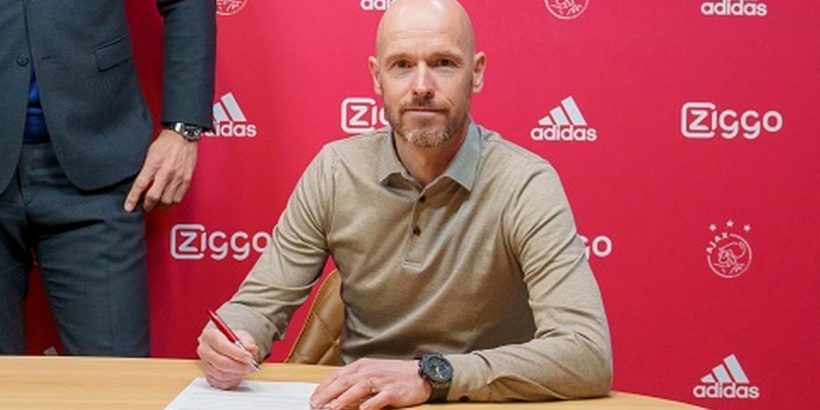 Erik Ten Hag has put pen to paper on a new two-year contract with Ajax – coming as another major blow to Tottenham in their search for Jose Mourinho’s replacement.

Spurs are on the hunt for a new permanent head coach following Mourinho’s sacking earlier this month, which came on the week of their Carabao Cup final against Manchester City.

Ryan Mason has taken interim charge of the north London club until the end of the season, however he is not understood to be in consideration for the full-time job.

Reports initially suggested RB Leipzig boss Julian Nagelsmann was the leading candidate to take over, only for the 33-year-old to seal a move to Bayern Munich this week.

Brendan Rodgers was also linked with the post, but the Leicester manager has since ruled himself out of the running.

Ten Hag therefore emerged as the frontrunner to replace Mourinho this summer, having impressed since taking the Ajax reins in 2017.

The 51-year-old guided them to the Champions League semi-finals in his first season at the helm, where they were beaten in the dying seconds by Spurs. As a result, it was believed Spurs had set their sights on bringing Ten Hag to the Tottenham Hotspur Stadium at the end of the current campaign.

Yet, on Friday Ajax confirmed their manager has instead extended his stay with them until the end of the 2022/23 season.

Spurs chief Daniel Levy will now have to turn his attention elsewhere for a third time.

Former Chelsea, Juventus and Napoli boss Maurizio Sarri is believed to be a contender for the job, while Wolves’ Nuno Espirito Santo and Brighton’s Graham Potter have emerged as potential options.