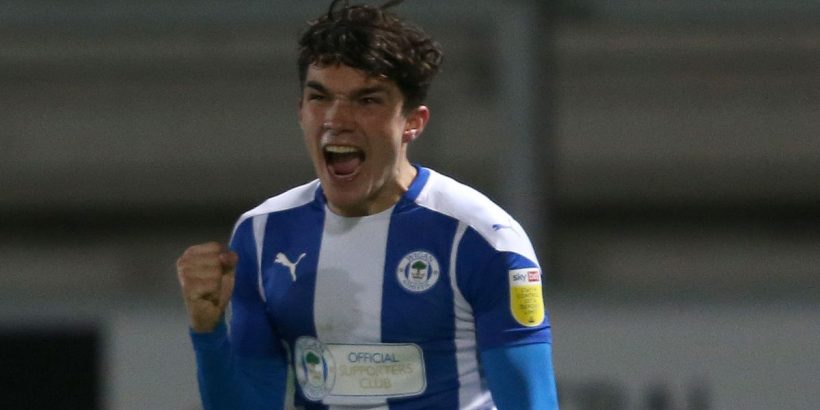 Joseph, 19, has burst onto the scene with Wigan in the last three months since making his debut in October and scored a hat-trick against Burton a fortnight ago.

Spurs, United and the two Glasgow giants are tracking the Scotland Under-19 international and his current deal at the DW Stadium expires in June.

The Latics have offered Joseph a new contract and would be entitled to compensation if he left the League One club on a Bosman this summer.

Wigan have received no official approaches for Joseph, who has scored four goals in his 13 appearances this season.

The London-born Joseph, who has also represented Scotland at Under-18 level, has progressed through the ranks at Wigan and graduated into the first team last summer.

Speaking after he netted his hat-trick at the Pirelli Stadium in December, Joseph told Wigan's official website : “[It was] unreal.

“It’s every kid’s dream to play for the first team and score a hat-trick. It’s something I dreamt of as a boy when playing football with my mates in the park.

“It’s a proud moment for me and I just can’t get over it, a moment I will always remember. It was a great night for us, we showed the courage and bravery to get back into the game and to get the result we needed.

“There was a bit of pressure with where we were in the league and where they were so it was big game but we needed to put that behind us and do what we do and to be confident.

“The ball will get framed now and put in a box but a proud moment for me. I’ve dreamt of it since I was a little boy getting a hat-trick. I’m hungry for goals.”

Would you like to see Kyle Joseph join Tottenham? Have your say in the comments.