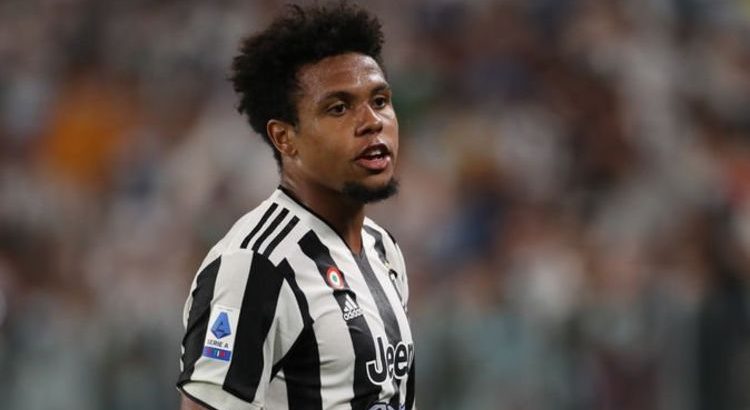 Tottenham have been linked with Juventus midfielder Weston McKennie for £25million, although they may have major concerns over signing him following his behaviour during the pandemic.

But despite some stellar form from the American, his disruptive behaviour has raised eyebrows in Italy after he once again broke COVID-19 protocols.

Reports emerged that McKennie had breached COVID-19 protocols last week and following his performance in the 0-0 draw against El Salvador, the midfielder was dropped for the visit to Canada.

Subsequently, the Washington state-born midfielder was dropped for the game against The Canucks, which he announced via his Instagram.

JUST IN: Rice in England training show why he would fit at Chelsea and Man Utd

But according to ESPN, McKennie has now been sent home by national team manager Gregg Berhalter for allegedly bringing an unauthorised individual into the US national team bubble after inviting them to his hotel room – alongside spending a night outside of the bubble, too.

This will alert Tottenham boss Nuno Espirito Santo, who was reportedly interested in the energetic American before a deal couldn’t be reached with the side from Turin.

Fears that McKennie’s behaviour would continue at Spurs, especially with him having hosted a party in April for his Juventus team-mates, shows that he is a repeat offender.

Nuno will not want to disrupt the superb team morale that he is starting to create at the Tottenham Hotspur Stadium.

And manager Berhalter has justified sending McKennie home as he believes it was the best decision for the team.

Arsenal ‘asking for trouble’ after links to Tottenham flop

“I think when you talk about team policies and team roles and what we’re trying to accomplish as a team, the team absolutely comes first,” said Berhalter.

“And we made this decision not only for the short term, but for the long-term health from the program. It’s not an easy decision, trust me.

“Countless coaches are faced with decisions where they have to take talented players out of the lineup for some reason or other, but we did it for what we think is the good of the group and good of the team.

“And it is what it is when obviously, we’re going to be missing Weston for Wednesday. But it doesn’t rule him out for the future, but we know that we’ll be without him for Wednesday.”

Christian Pulisic echoed his thoughts as he tried to take the loss of one of America’s best players on the chin, forgetting about the whole situation.

The Chelsea winger, who is arguably the US’ most famous player ever, added: “We tried not to let that whole situation affect us too much. Obviously it’s just about putting all that aside and focusing on the task at hand, really. And obviously, we missed him today, and it’s just about moving forward and trying to win games.”