Trabzonspor president Ahmet Agaoglu has revealed the club are in talks with Tottenham over a deal for Alexander Sorloth. The striker currently belongs to Crstyal Palace but the Turkish club have an obligation to buy the player if he plays 50 per cent of their matches this season.

The club can also trigger than clause prematurely at the expense of Crystal Palace’s decision to ship him out on a two-year loan.

Last season, Selhurst Park outcast Sorloth found the back of the net 32 times in all competitions.

He won the Turkish Super Lig Golden Boot in the process with 24 goals, beating former Newcastle man Papiss Cisse to the accolade.

Sorloth had been open to staying at the club and playing Champions League football but his head has since been turned by RB Leipzig. 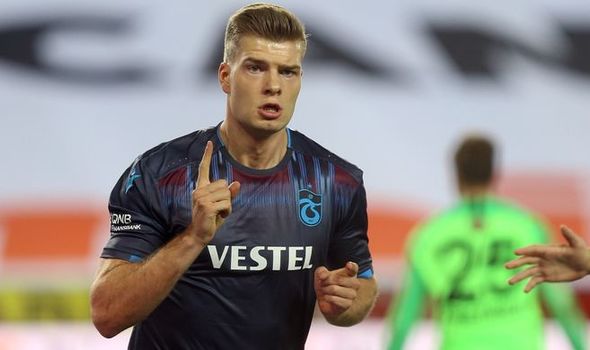 Julian Nagelsmann has been very open about his interest in the Norwegian and the club have submitted a £16m bid plus a further £3.5m in add-ons for Sørloth.

Following the interest, Sorloth took it upon himself not to return to Turkey after the international break after scoring two goals against Northern Ireland.

He informed the club that he was awaiting the results of COVID testing but then switched his phone off and cut contact with the club.

Now Trabzonspor president Agaoglu claims Tottenham have entered the running for Sorloth. He said: “Sorloth want to go. But every player who wants to go, there is no world we say okay. Leipzig are interested and we meet with Tottenham. We will act in Trabzonspor interests.”

A source told Express Sport in July that Sorloth wanted to join an offensive team in Germany or Spain and was not expecting to return to Crystal Palace.

The only way that could have happened was if he broke his loan agreement. Despite the current situation, that appears highly unlikely as Trabzonspor look to sell.

Tottenham are desperate to land a striker this window and Jose Mourinho has reassured supporters that they will be working hard to get the right deal done.

“Are we going to get one? I honestly believe so. For the balance of the squad, the team needs it because at this moment the squad is getting very balanced, with different options for different positions.”

The club have been linked with an array of names including RB Salzburg’s Patson Daka and Callum Wilson before he joined Newcastle. 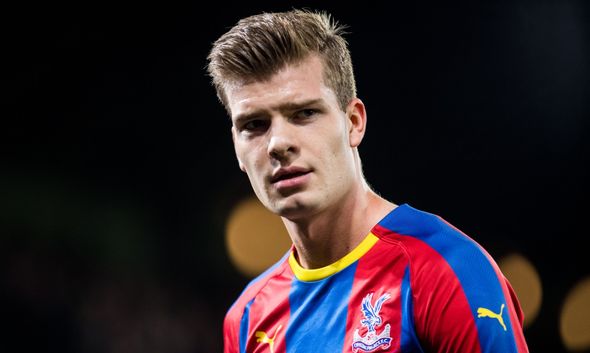 Arkadiusz Milik is also an option that has been explored but he will cost £27million and wants to stay at Napoli.

A loan offer including an option to buy was also rejected by Torino for Italian international Andrea Belotti.

Tottenham do not want to spend more than £20m on a striker and their desperation is set to be exploited by other clubs during negotiations.

Trabzonspor know that Sorloth wants out and now they’re working on the best deal for all parties.