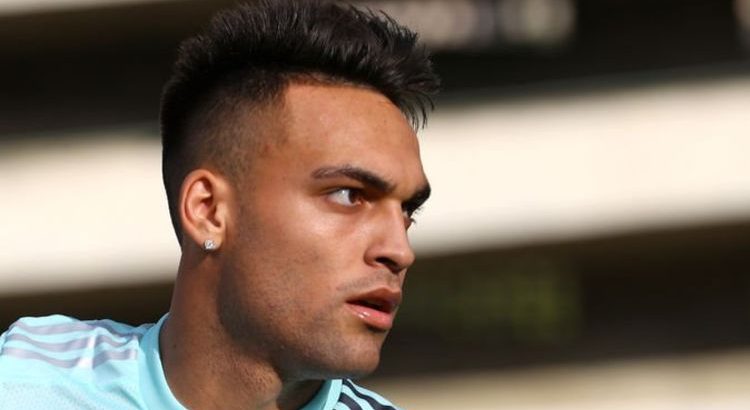 Tottenham’s interest in Lautaro Martinez is likely to fade after it emerged the Argentine striker is set to sign a new contract without a release clause.

The talisman, 24, enjoyed a stellar year at Inter last season as the Nerazzurri won their first Serie A title in 11 years.

With 17 goals in 38 league games, Martinez has become one of the top striking prospects in Europe as teams across the continent battle for his signature.

However with Belgian striker Romelu Lukaku departing for Chelsea in both a club-record fee and a club-record sale, there is now extra emphasis on keeping Martinez in the Lombardy capital.

And he looks set to stay and spearhead their attack after reportedly signing a new deal.

According to Calciomercato, Inter rejected a £77million (€90m) transfer bid from Spurs for the star, however they rejected the money having already received £97.5m for Lukaku and £50m for departing full-back Achraf Hakimi.

And with the new developments about his new contract, Calciomercato have reported that the new deal does not include a release clause – making it harder for Tottenham to sign Martinez.

His current release clause stands at £95m (€111m) which is a slightly attainable figure even for a club without Champions League such as Tottenham.

However with no new one to be added, Inter boss Simone Inzaghi – brother of famous AC striker Filippo – can demand any price he wants.

Inter were favourites to reclaim the title after the season ended after breezing to the title by 12 points.

But with manager Antonio Conte, Lukaku and Hakimi departing, alongside Christian Eriksen not making a return as of yet after his collapse at Euro 2020, it remains to be seen if the San Siro outfit can retain the title.

Arsenal were also linked with Martinez in the window, with talkSPORT claiming that the Gunners had made a bid.

“When Arsenal asked the question, from what I gather, they were pleasantly surprised to hear Lautaro’s intermediaries saying ‘we could be interested’,” talkSPORT’s Jason Cundy said.

However with Pierre-Emerick Aubameyang and Alexandre Lacazette in their ranks, Mikel Arteta opted against a move.

Tottenham continue their superb season away at Crystal Palace on Saturday.

Harry Kane will look to come back into the fore with his first Premier League goal of the season.

And with three wins from three in the Premier League, they will look to add to that with a win against their London rivals at Selhurst Park.