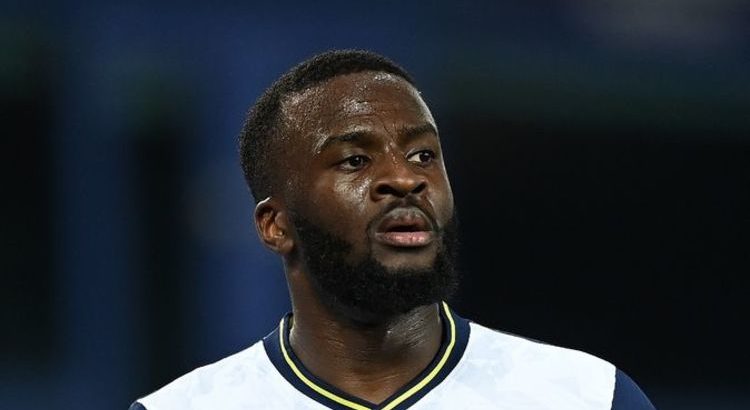 Tottenham offered Lyon the opportunity to re-sign Tanguy Ndombele in a part-exchange bid for France midfielder Houssem Aouar, according to reports. Ndombele remains Spurs’ record signing, arriving in a £55million deal from the French side two years ago. However, he has endured a frustrating time in North London.

New boss Nuno Espirito Santo is yet to name Ndombele in a matchday squad for any of his three matches in charge.

The 24-year-old was also left out of the squad for Spurs’ two Europa Conference League matches against Pacos Ferreira.

And it is looking increasingly unlikely that he will ever be able to fulfil the undoubted talent he has during his spell at Spurs.

There was a period last season when it seemed as though Ndombele might finally settle in at Spurs but it did not last long. He scored a stunning lob against Sheffield United late in the Jose Mourinho era but he started just once under interim boss Ryan Mason.

He now seems set for an anticlimactic ending at the Tottenham Hotspur Stadium.

French newspaper Le10 Sport have claimed that Lyon turned down a cash-plus-player offer for highly rated playmaker Aouar, which would have seen Ndombele return to the club.

The report says that the Ligue 1 side, who have suffered a tough start to the season, would not be able to afford Ndombele’s huge wages.

The Frenchman reportedly signed a six-year deal worth around £200,000 per week when he became Mauricio Pochettino’s final marquee signing in the summer of 2019.

Unfortunately for Spurs, Lyon boss Peter Bosz appears uninterested in taking Ndombele back to the club.

Spurs and a host of Premier League clubs have a long-standing interest in Aouar but Lyon’s valuation has so far prevented a transfer from happening.

President Jean-Michel Aulas reportedly valued Aouar at around £60m but it is unlikely that they will receive such an offer during this transfer window.

Lyon are willing to sell for a reasonable price, with Arsenal also linked with the 23-year-old.

Spurs boss Nuno is keen to do further business, with talks over a move for Wolves winger Adama Traore reportedly expected to begin this week.

The Portuguese coach hinted at an issue with midfielder Ndombele, saying that he would not discuss internal matters ‘out of respect’.

“What happened in the past I can’t even think about, I don’t mention out of respect,” he said.

“What I can tell you is that Tanguy is with us, he works but we have to speak honestly and to take the best out of Tanguy [it] has to come from himself.

“I don’t want to go much further than that but it has to come from himself.

“We already had a chance to talk but it must come from himself.