Tottenham fought back from a goal down to claim a 3-2 victory over Aston Villa and boost their chances of a top four finish in an enthralling clash at Villa Park. Jose Mourinho’s men struggled for much of the afternoon and wasted a host of decent opportunities before a late strike from Son Heung-min moved the north London side up to fifth in the Premier League.

Toby Alderweireld’s own-goal put the home side ahead but the Belgian volleyed in a superb equaliser to level things up before Son had a chance to put Spurs ahead from the penalty spot.

The South Korean’s penalty was initially saved by Pepe Reina, but the forward was quickest to react and poke the rebound into the empty net.

Villa drew level once more through Bjorn Engels’ header but the defender was guilty of a horrendous error that allowed Son to race clear and tuck home deep into injury time.

Express Sport have rated how the Tottenham players performed against Aston Villa, but do you agree? 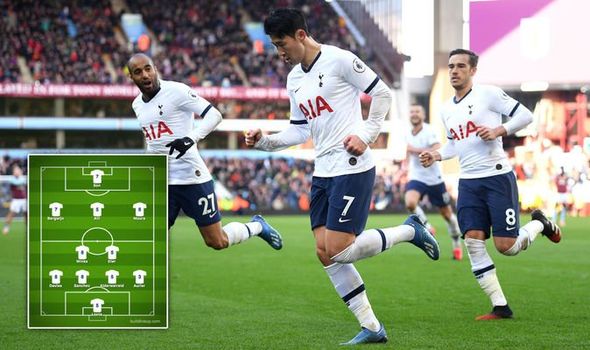 Fielded a couple of tame efforts from Anwar El Ghazi but no chance with Alderweireld’s own-goal and rooted for Engels’ header.

Could have gone in the book for two rash challenges in the opening minutes and had real trouble containing Jack Grealish.

Spent much of the game in the final third, neglecting his defensive duties and leaving Alderweireld exposed.

Wrong-footed by a deflection and unable to do anything but divert the looping ball beyond Hugo Lloris for the opener.

Immediate redemption with a stunning volley on the turn to level things up, but never looked comfortable against the pacy Grealish.

More assured than Alderwerield but avoided by the Aston Villa attackers.

An excellent return to the side, with the Welshman making a number of key blocks and interceptions as Spurs struggled to get up to speed in the first half.

Also posed problems at the other end with a couple of lively runs into the final third. 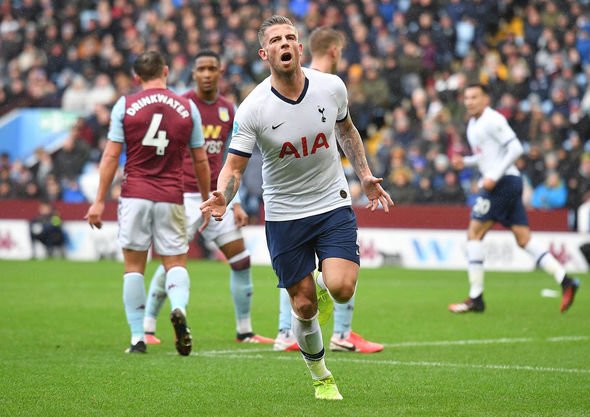 Left fuming with his team-mates as he tried to fight fires and plug gaps in a sloppy opening 45 minutes for Mourinho’s men.

Sacrificed on the hour as Mourinho pushed for a winner.

A customarily tidy display from the midfielder, who kept things ticking while also playing in Steven Bergwijn in the build up to the penalty.

Was asked to do a lot more defending than he would have liked, with the Brazilian often filling in for the absent Aurier.

Good relationship with Son but failed to really test Reina.

Spurned several excellent chances to get on the scoresheet, first with his head and was then guilty of skewing wide when one-on-one.

Forced Reina into another save just after the break and wasn’t quick enough to beat the Spaniard when going shoulder to shoulder with Ezri Konza.

Looks a real find for Spurs, with the Dutchman creative in possession and not afraid to try his luck from distance.

Won the penalty when he beat Engels to the ball and worked Reina with a smart effort before seeing another strike blocked by Marvelous Nakamba.

At the centre of everything good Tottenham did, although the South Korean was guilty of wasting several excellent chances.

Tapped home the rebound after seeing his spot-kick saved by Reina but was brilliantly denied on multiple occasions by the Villa keeper as Spurs pushed in the closing stages.

Pounced on Engels’ mistake in the dying seconds to secure all three points with an excellent, composed finish. 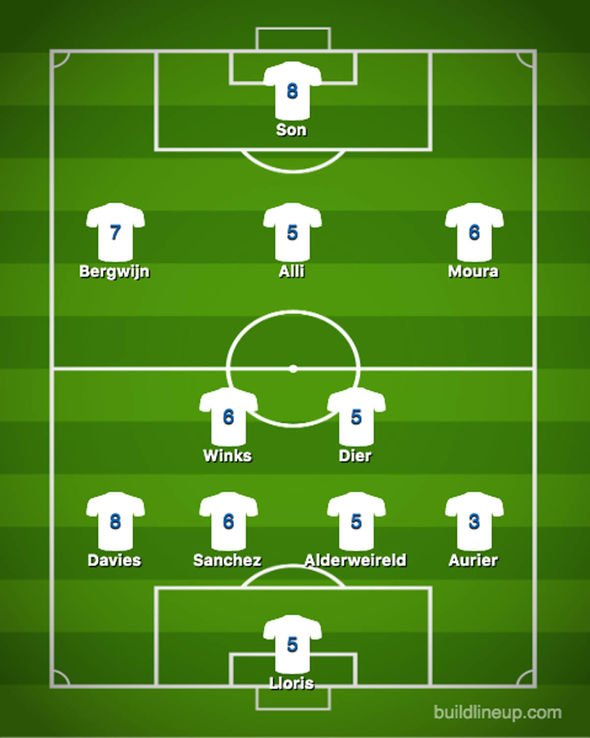 Forced Reina into a smart save in injury time after clever feet.

Tried to give Spurs more impetus.