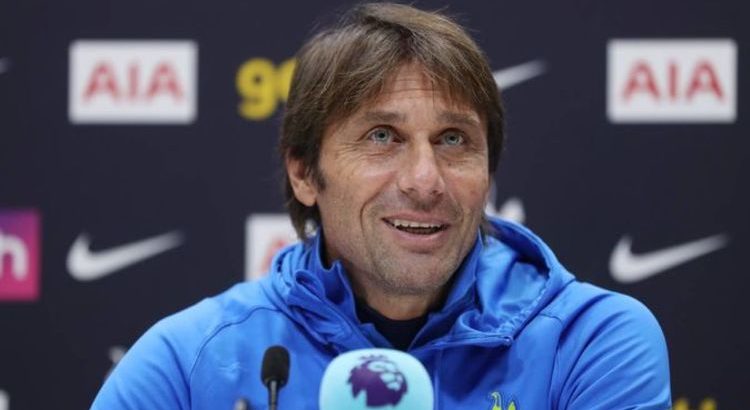 Tottenham are set for more disappointment in the transfer window despite Antonio Conte’s demands. The Italian has been desperate to land Franck Kessie from AC Milan but the midfielder looks set to move to Barcelona.

Tottenham look set to miss out on the signing of AC Milan star Kessie, who appears to have an agreement with Barcelona.

Conte had made the Ivory Coast international a top target as he looks to bolster his midfield.

The Italian sees that position as a priority having been disappointed with the current options at the club including Tanguy Ndombele and Harry Winks.

Spurs sporting director Fabio Paratici was seen as a special trick up the club’s sleeve due to his connections in Serie A, having done a similar role with Juventus for a number of years.

And with Kessie’s contract set to expire at the end of the season, it gave Tottenham more reason to feel confident that a deal could be pulled off.

The former Atalanta star will become a free agent and can speak to foreign clubs over a pre-contract agreement.

However, it appears Spurs have been spurned by Kessie – who is set to join Barcelona instead, report Sportitalia transfer pundit Gianluigi Longari, via Football Italia.

The Catalan club are also desperate to boost their midfield – where Xavi is not best pleased after a stunted start to life as Barca boss.

There is also speculation that Frankie de Jong could leave to lower a burdening wage bill that has savaged the Spanish giants financially.

Barcelona president Joan Laporta has promised fans that there will be signings but they are scouring the free agents – with Kessie included.

The 25-year-old reportedly has a verbal agreement with the Blaugrana over a transfer in the summer, that will come into effect this July.

Tottenham had been in the race earlier this January only his Kessie’s agent to reject their advances, leaving Conte devastated.

The Spurs boss was desperate to sign the midfielder and will now have to look elsewhere with time running out this January window.

Kessie had demanded over £6.7m (€8m) per year – plus bonuses – and that was a number that Milan were not prepared to meet.

As for Barcelona, their efforts to raid the bargain bin continue with Chelsea duo Andreas Christensen and Cesar Azpilicueta also in their sights.