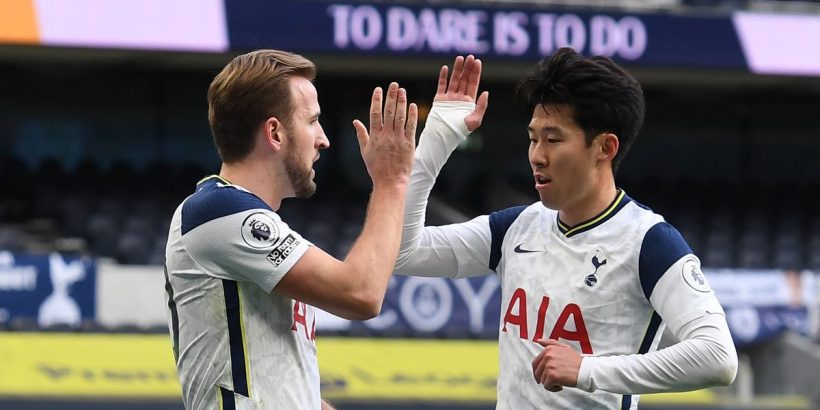 Son Heung-min appears to have 'liked' a post on Instagram that labels his current teammate Harry Kane disrespectful for choosing to miss recent Tottenham training sessions to force his way out of the club.

After helping England to the Euro 2020 final, Kane went on holiday to the Bahamas with his family but has since chosen not to return in time for the final pre-season sessions before the 2021/22 campaign begins next week.

Despite the club’s pleas, Kane chose to stop off in America for a few days on his way back from his holiday, meaning that his required ten-days isolation could overlap with Spurs’ opening game of the season against Manchester City.

On Wednesday Son seemingly 'liked' a post that pointed towards Kane’s current wrongdoings and how he has behaved as if he is more important than his current club.

Should Kane be protesting against Levy's decision in the way that he is? Comment below

The post by @thfcsource read: "Reminder: A player is never bigger than a club. ‘Harry Kane FC’ has 0 Trophies. Tottenham Hotspur has 26 Trophies.

"It is understood that Harry Kane does not want to remain at Spurs following a lack of success, however his attitude and methods of attempting to force a transfer are disrespectful. Kane has the right to leave yet not to take about it in this matter."

The caption was posted underneath a two-part photo, the first image is a shot of Harry Kane picking up his second-place medal from the 2019 Champions League final and the second is of Bill Nicholson, the most successful manager in Spurs’ history.

Son has since removed his like from the post, but his initial actions do imply that Kane’s absence is causing unrest back at North London.

If Manchester City are to prise the 28-year-old away from Tottenham then it is believed that Daniel Levy will demand £160m for the striker, according to The Sun.

Kane could be the missing piece of the jigsaw for City, who are desperate for success in the Champions League next season.